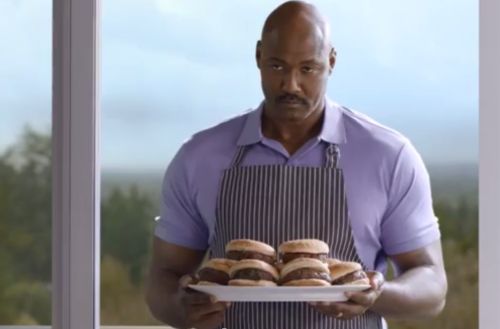 Coming off of the hugely successful ‘All Is Right’ spot from the holidays, Foot Locker has done it again with its new spot “No Rings,” poking fun at ring-less sports legends Barry Sanders, LaDainian Tomlinson, Chris Webber and Karl Malone, and featuring adidas basketball star, Damian Lillard.

The spot opens with rising star Lillard on his phone with a friend talking about how he hopes not to end up ringless like some athletes of the past. To his surprise, iconic (and ringless) sports legends Sanders, Tomlinson, Webber, and Malone are hanging out in his living room, noticeably affected by the reminder that the coveted championship ring has slipped through their fingers.

Launching today, the new commercial is part of Foot Locker’s successful “Approved” marketing platform and can be seen at youtube.com/footlocker. The spot features the newest performance footwear from adidas basketball, including the Lillard Edition Crazy 1, Crazy 8 and D Rose 4.5, as well as the latest apparel styles from adidas Originals.