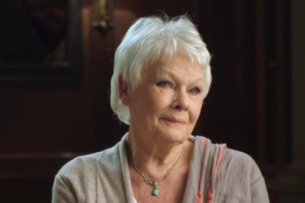 Fox Searchlight and Channel 4 Sales today announce a bespoke partnership ahead of the highly anticipated film release The Second Best Exotic Marigold Hotel which sees the film’s stars complete the sentence ‘It’s never too late to…’ a core message of the film.

An Indian-inspired Channel 4 logo will feature in the break as will the dedicated hashtag #NeverTooLate – encouraging viewers to share their reactions and own experiences on social media.

Angus Mitchell, Agency Principal, Channel 4 said: "Indian Summers provides the perfect contextual environment to showcase this bespoke spot promoting The Second Best Exotic Marigold Hotel. It's fantastic to be collaborating with Fox and Vizeum again and I think that this and the other innovative promotions we have created with them are testament to our close working relationship.”

Guy Martin, Co-Owner & Commercial Director, Sassy Films said: "We are delighted to be working on such a high profile campaign to support the release of The Second Best Exotic Marigold Hotel. Working with such amazing on-screen talent was an absolute joy"

Robbie Ashcroft, Senior Creative Solutions Manager, Vizeum said: “Once again, we’re delighted to delivered a simple yet truly effective execution that brings together some of the biggest names in acting in a creative and iconic format. We’re sure it will help make The Second Best Exotic Marigold Hotel one of the must-see films of the year.”