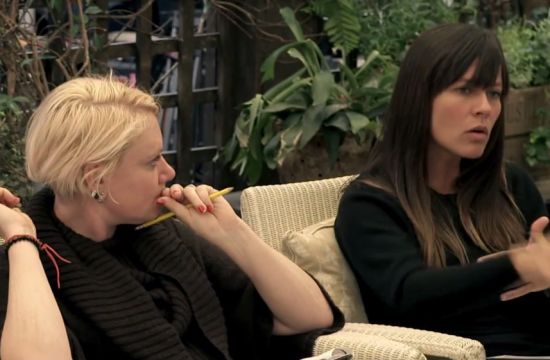 D&AD has released a new film with the aim of answering one of the biggest conundrums in advertising and design: What does it take to win a Black Pencil?

Following the announcement of this year’s winners at the Awards Ceremony last week, D&AD has once again let the cameras in behind the scenes with the Black Pencil jury. Revealing what winners blew the judges away, what caused the most debate and what fell just short, the film provides a fascinating insight into the meticulous decision-making process that yielded a record seven Black Pencil winners in 2014.

Amir Kassaei, Rob Reilly, Luiz Sanches, Jessica Walsh, Nicolas Roope and Fernanda Romano are among the 24 creative luminaries deliberating over the finest work from the past year and offering up their thoughts on the ingredients necessary to merit a prestigious Black Pencil.

Tim Lindsay, Chief Executive of D&AD, commented: “Our jurors do us proud every year - and nowhere is this truer than the Black Pencil juries, where the highest standards, spirited debate, genuine disagreement and total integrity always prevail. Take a look at the film and at the winners and see if you agree.”

D&AD only awards work of the highest creative standard, meaning that the quantity of the Awards given fluctuates year on year. There were 54 Yellow Pencils and two White Pencils awarded to campaigns from 17 different countries at the 2014 D&AD Awards. 144 campaigns achieved Nominations whilst a further 480 were awarded In Book status, resulting in 680 awarded entries in total across 43 different countries.