Awards and Events 492 Add to collection 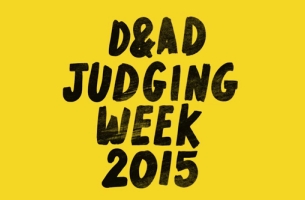 The 53rd D&AD Judging Week has wrapped up at the Truman Brewery in East London this week. 85 countries were vying for a coveted Pencil, with 197 of the world's top creatives debating the toughest prize in the industry.

Entrants can visit www.dandad.org to see if they've won a Pencil, but they will have to wait until the Ceremony on the 21st May to see what kind - Wood, Graphite, Yellow, Black, White.

Including awards from Day One and Two, 848 Pencils have been awarded in total over the week.

The Top 10 ranking agencies by Pencils won are:

All 848 Pencils will appear in the 53rd D&AD Annual published later this year.

There are no quotas for awards at D&AD. Therefore the number of awarded entries fluctuates year to year. Some years no Black Pencils are awarded: the record currently stands at just six. Traditionally the toughest of the awards shows, the judging process is famously rigorous, with the juries only selecting work they believe is truly exceptional.

D&AD CEO Tim Lindsay commented: “It's been a very special year for D&AD Judging. We've flung open the doors of our new home at the Truman Brewery in East London so members of the public can come and see how D&AD makes its decisions. A Pencil is the toughest creative award on Earth to win, and we're proud of the rigour the judges apply to their decisions. After all, their names end up in The Book along with the winners.”

“I'm pleased that the White Pencil has had a record number of entries this year. Creative people have the resources at their disposal to engender major changes to the way we behave - and applied to good causes there can be no better way to use our industry's talents.”

“With our new Pencils (Wood and Graphite in addition to Yellow, Black and White) we have simplified the Awards system this year. Entrants can find out if they've won a Pencil by logging on to the D&AD website, but they'll have to wait until the Ceremony on the 21st May to find out which one.'”