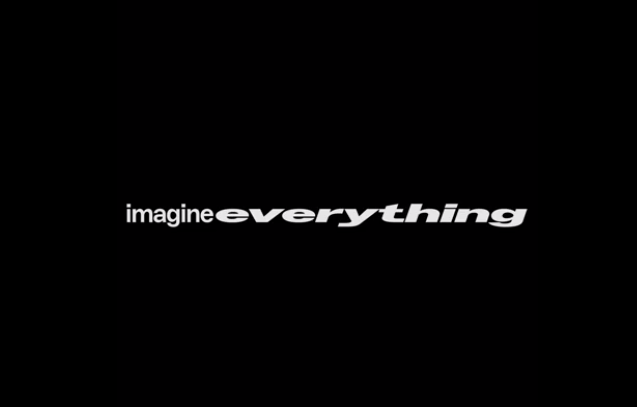 D&AD has unveiled the theme and identity for D&AD Festival 2020: ‘Imagine everything’. The theme encapsulates the ambition and scope of this year’s event: a global festival celebrating creativity - exploring how it shapes culture and helps industries and businesses innovate and grow in the face of disruption.

Patrick Burgoyne, CEO of D&AD says: “This year’s theme, ‘Imagine everything’, reflects D&AD’s ambition to be an international platform that inspires and challenges both leading lights and emerging talent to push the boundaries of creativity. Our aim is to be a place for active engagement and a fertile ground for disruptive ideas, whether that means showcasing creative talent at the cutting edge of their discipline or exploring the power of creativity to address broader issues like the climate emergency, social injustice, the future of commerce and the growing influence of artificial intelligence.”

Hamish Nicklin, chief revenue officer, Guardian News & Media, comments: “Creativity drives innovation and we’re excited to be working with D&AD. As part of the festival The Guardian will be bringing together some of media’s most inspiring thinkers in specially curated sessions to examine how we can harness creativity to build and deliver value in an environment of constant disruption.”

The initial concept for ‘Imagine everything’ came out of a series of workshops held between teams at D&AD, The Guardian and Dutch branding agency Studio Dumbar. Studio Dumbar then developed the brand identity and design language for the festival.

Liza Enebeis, creative director at Studio Dumbar explains: “Our purpose with this project was to engage and amaze. We wanted to find a way to encapsulate the limitless possibilities that creative excellence offers; ‘Imagine everything’ does that. It’s a starting point, like the beginning of a sentence, and allows you to create an engaging campaign by opening up a question: faced with a blank canvas, what can you imagine?"

Liza continues: “We selected the Marfa font by Swiss foundry Dinamo, a variable font that can contract, expand and accommodate very wide application. It acts as a physical representation of the endless possibilities that the mind can imagine, as well as the festival’s ambition to stimulate and broaden the minds of its visitors.”

By opening up limitless possibilities through the design itself, Studio Dumbar has successfully created an identity that by its very nature is inclusive, one of the cornerstones of D&AD.

Patrick adds: “D&AD has a broad international reach and is widely respected as a marker of excellence, fairness and diversity. We hope that ‘imagine everything’ becomes a term used as a blank canvas, and that creatives from around the world fill in the gaps of what they want to imagine for themselves, for their communities, for their countries, for the world, and to share these ideas in the lead up to and at the Festival next May.”

D&AD Festival will run 19th-21st May at the Old Truman Brewery in London. To celebrate the 40th anniversary of D&AD’s New Blood programme, the Festival will feature a programme of events dedicated to emerging talent. As part of D&AD’s mission to support and nurture emerging talent, attendees on a full pass are invited to bring a young creative under 25 for free. The Festival further delivers on its objective to be more accessible and inclusive through the introduction of a ‘Sharer’ pass, one that openly allows up to three people to attend the Festival on one pass, split across the three days.

Passes can be purchased, with 20% off through 19 December, here.