Entrants will now have until Wednesday 25th February to submit work 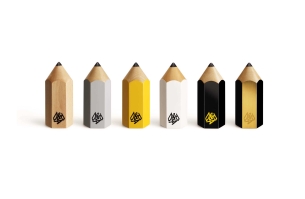 Creatives aspiring to win a D&AD Pencil this year will have an extra week to complete their entries, following the announcement of a deadline extension.

Entrants will now have until Wednesday 25 February, 23:59 GMT to submit work for the 2015 D&AD Global Advertising and Design Awards. However, entries received after Wednesday 18 February will be subject to a 20% surcharge to cover additional resources needed to process late entries during the extension period.

Visit http://www.dandad.org/professional-awards now to set up your entry.

D&AD Judging Week this year will take place in the new location of The Old Truman Brewery, East London’s revolutionary arts and creative quarter. Held Sunday 19 April – Thursday 23 April, D&AD will be opening up Judging Week to the public for the first time, with an exhibition of winning work headlining a full programme of fringe events. Eric Kallman, Rei Inamoto, Harriet Devoy and Kai-lu Hsiung are among the leading creatives judging this year’s Awards, with the full list available to view at http://www.dandad.org/judges.

Details for the 2015 Awards Ceremony have also been confirmed. The Ceremony will be held on Thursday 21 May at Battersea Evolution, London, with tickets available to purchase from the D&AD Shop from the end of February.

Work entered into the 2015 D&AD Awards must have been commercially released between 1 January 2014 and 28 February 2015 and been produced in genuine response to a client brief. It must not have been entered in previous years. The Awards cost from just £85 to enter this year and submissions should be made in their original language by 25 February 2015. Freelancers and sole traders that are also members of D&AD are eligible to receive a 20% discount.