Sweetie, Epic Split and Sound of Honda/Ayrton Senna1989 tie for most awarded campaign 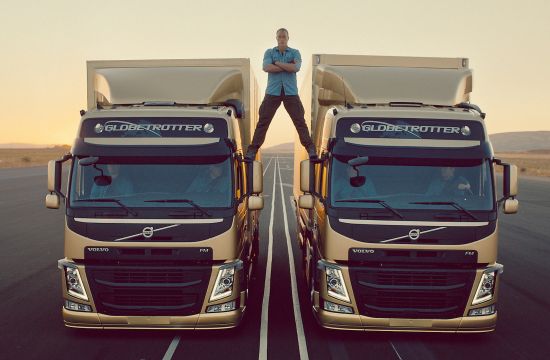 The juries at the 52nd D&AD Professional Awards returned the highest number of Black Pencils ever awarded as socially progressive, ethical and innovative advertising and design took centre stage.

Highlighting the crop of Black Pencils were the two honours handed out by the White Pencil jury for the first time. ‘Gravity Light’, the life-changing invention of Martin Riddiford and Jim Reeves was recognised in the Design category, while the powerful and provocative ‘Sweetie’ campaign, praised by the UN for its role in helping children’s charity Terre Des Hommes identify over 1,000 online sexual predators, was awarded in the Advertising and Marketing Communications category.

The seven Black Pencils were awarded to creative work from six different nations, with the Netherlands taking home two:

Three different campaigns tied for the most awarded campaign. ‘Sweetie’ by LEMZ, ‘Sound of Honda / Ayrton Senna 1989’ by Dentsu Tokyo and ‘The Epic Split’ by Forsman & Bodenfors each picked up two Yellow Pencils in addition to their respective Black Pencils.

Tim Lindsay, Chief Executive of D&AD, commented: ‘When we launched the White Pencil in partnership with Unilever in 2012, it raised a few eyebrows. To introduce the first new pencil in D&AD’s fifty-plus year history was a bold move; how would the industry respond to it? Would the calibre of work be the innovative, groundbreaking variety we were looking for? Not just charity, NGO or public service campaigns, but work that truly demonstrated you can 'do well by doing good'; where the commercial and CSR agendas properly intersected.

“So to see not one, but two, Black Pencils awarded to White Pencil category entrants is a significant indicator of the direction the business is moving in. Across the board we’ve seen a real desire from our juries to recognise and reward ideas that are original, beautifully executed and that make a positive difference to people’s lives.

“All in all, it’s been an outstanding year. The diversity of this year’s crop of Yellow Pencils is astonishing. So congratulations to this year’s winners and roll on next year."

Dentsu Tokyo’s ‘Sound of Honda / Ayrton Senna 1989’ was the most highly awarded campaign overall. It’s haul of one Black Pencil, two Yellow Pencils, one Nomination and four In Book Awards; helped Dentsu to the prize of Most Awarded Digital Agency.

Also on the night, Ogilvy & Mather Paris was crowned Most Awarded Advertising Agency, following a string of Nominations and In Book awards for its work with IBM. Apple was recognized as the Most Awarded Design Agency, earning a Yellow Pencil for its Mac Pro, Unilever for Most Awarded Client and Bacon rounded off the Awards by winning Most Awarded Production Company.

The United Kingdom again topped the tables with 182 awards in total, including 9 Yellow Pencils, one White Pencil and one Black Pencil. Its closest competitor was the United States, which bagged an impressive 12 Yellow Pencils amongst its 123 awards.

France capped an outstanding year for Europe with 48 awards (3 Yellow Pencils) – a 200% increase on its 2013 tally of 16. Sweden’s five Yellow Pencils (13 total) and the Netherlands’ tally of two Black Pencils, one White Pencil and three Yellow Pencils proved the continent’s creative output to be in fine shape.

Across the world, Australia followed up its strong 2013 showing with 37 awards, including three

Brazil once again improved on its tally from the previous year, topping Latin America with 37 awards with two Yellow Pencils; but the country making the biggest new impression was India. Following two awards in 2013, India entrants took home a remarkable 25 awards in 2014.

Alexandra Taylor was announced as the recipient of the President’s Award, selected by current D&AD President Laura Jordan-Bambach to become the first woman in advertising to receive the prestigious award. Widely acknowledged as one of the UK’s most respected and acclaimed art directors, Alexandra has over 200 entries in the D&AD Annual throughout her career. With award-winning credits for Silk Cut, Castlemaine XXXX, Parkinson’s UK and the acclaimed ‘Be the Best’ campaign for the British Army, she was also the first woman to be nominated onto the D&AD executive board in 1998, serving two terms. 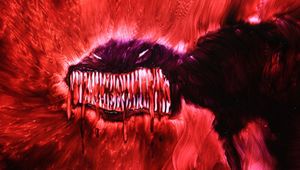