Behind the scenes footage from 2013 awards 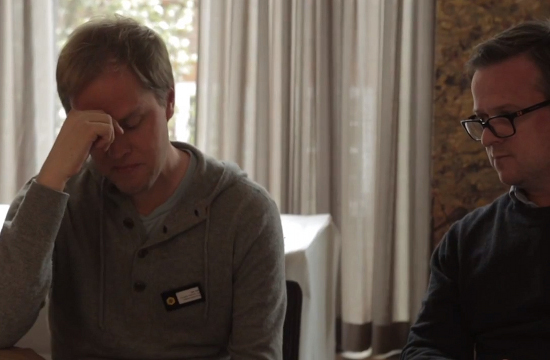 D&AD has released a Black Pencil Judging Film from the 2013 Awards, showing behind the scenes footage of the infamously rigorous judging process for the most prestigious award in the worldwide creative industry.

D&AD is the only awards show that reveals the in depth workings of its judging process. D&AD CEO Tim Lindsay, explains: “Judging D&AD is unlike any other show. The rigour and scrutiny applied by the juries is legendary. Our jurors realise they are participating in the history of creative industry: their name will appear in the Annual alongside those of the greatest creatives of the last 52 years. As such, no one ever wants to put their name next to piece of work they don’t 100% believe in. This makes D&AD the hardest award to win in the world, by far. We don’t set quotas – we rely on the judges to ensure D&AD remains the ultimate benchmark.’

D&AD only awards work of the highest standard, meaning that the quantity of top Awards given fluctuates year on year. The scrutiny and rigour imposed by the internationally acclaimed judges is legendary, and ensures that only the very best work receives the coveted Yellow, White and Black Pencils.

The 2013 Black Pencil jury consisted of some of the top international names in the creative industry, including:

From the Yellow and White Pencil-winning work, the foremen of each jury identify any truly groundbreaking pieces to be awarded a Black Pencil.

Most Awarded Pencils then give special recognition to the businesses or projects that have outperformed all others. These are awarded by:
- Advertising Agency
- Design Agency
- Digital Agency
- Production Company (New)
- Client

All awarded work appears in the D&AD Annual, and In Book and Nomination winners can claim Pencil Slices to mark their achievement.

The pinnacle of creative achievement across the design, advertising and digital industries, the D&AD Awards have been running since 1962.

For information on how to enter this year’s Awards, visit: http://www.dandad.org/awards14
Follow D&AD @DandAD #DandAD14