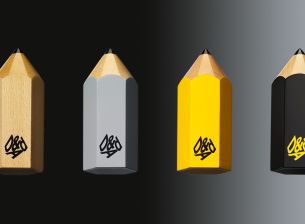 The 2018 Awards continue to support D&AD’s 56 year long purpose of stimulating, celebrating and enabling creative excellence in design and advertising, in the firm belief that great work always creates better outcomes. And as a not-for-profit organisation D&AD put all its surpluses back into the industry it serves, helping new talent prosper and campaigning for a fairer, more diverse, more sustainable industry. The Jury Presidents capture this spirit and represent a true gender-balanced split.

This year, two new Award categories will be launched for entries. The first being Collaborative, which will award continued creative executions achieved from a long-standing relationship between an agency and a client. The second new category is Experiential, which will highlight the importance of brilliant all encompassing brand experience and activation. The category will recognise work that succeeds in demonstrating the interaction between consumers and brands through experience-led activations.

Tim Lindsay, D&AD CEO, said, “In a media environment that encourages the short-term and tactical it's never been more important to stand up for craft and creativity. Why? Because the good creates better outcomes than the bad - commercially, socially, sustainably, culturally and politically. D&AD's role in this is stimulation, not congratulation. There's too much backslapping when what is needed is a focus on and enablement of creative excellence in advertising and design. We are engaged in a war against mediocrity and you are an important ally. Get involved!”

Donal Keenan, D&AD Awards Director, adds, “Last year, we were proud to achieve a 50/50 gender split across our global Jury Presidents for the first time. This year we have actually surpassed that with over 50% of our Jury Presidents identifying as female. At D&AD, we strive to ensure we have a true gender-balanced representation across every category and judging panel, it's important to achieve a true diversity of voices in the room to identify the best creative work of the year.”

The Awards ceremony will be held on 26 April 2018 during D&AD Festival, which returns from 24th-26th April 2018 at The Old Truman Brewery, Shoreditch. As ever, all awarded work will appear in the D&AD Annual, released in the autumn, which is available to purchase exclusively through D&AD. Winning work will also be on display in an exhibition at the heart of D&AD Festival in addition to a packed three-day programme of talks, debates, briefs, hacks, workshops and parties, culminating in the 56th annual D&AD Awards.

The full list of jury presidents is as follows: