The spot, entitled 'Your Vote Is Your Secret', was directed by Micha Kinsbruner 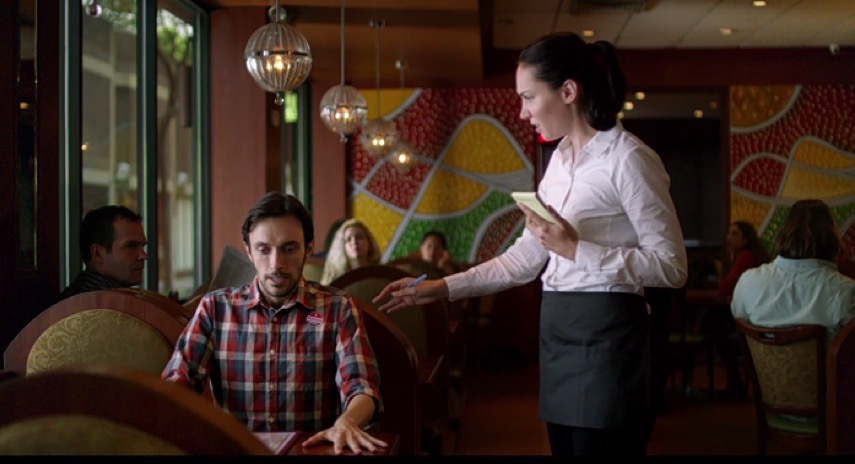 Cutting Room, NY editor Jamie Connors teams up with non-profit organisation Rock the Vote in a humorous, yet compelling :30 spot “Your Vote Is Your Secret” out of Fenton, The Social Change Agency, created to raise awareness of voting privacy during the upcoming 2016 elections. The campaign features a voter, fresh out of the polls, in a complete state of paranoia after entering a diner and being hit with troubling hallucinations that lead him to believe that everyone knows the identity of his chosen nominee. The frenzy begins when the name of his preferred candidate “McNally” is used to greet him, being ordered at the bar, coming out of a child’s mouth as he gallops away with his mother, showcased as the daily special, and begins to echo through the speakers of the restaurant Juke box. To his relief, it was only a product of his imagination and fear that voters face when under the impression that their vote is public information.

The campaign aims to drive individuals to the polls on November 8 through the reassurance that a vote is a secret that stays between a voter and the ballot, as many citizens can be apprehensive to vote when unaware of the privacy of the process.

“It was great to work closely with Fenton Creative Director Josh Gold and director Micha Kinsbruner to execute this simple, funny concept and really bring it to life with the right cadence,” notes Connors. “They put a lot of faith into Cutting Room and gave me the freedom to create the frenetic energy that drives the humor in the spot.”