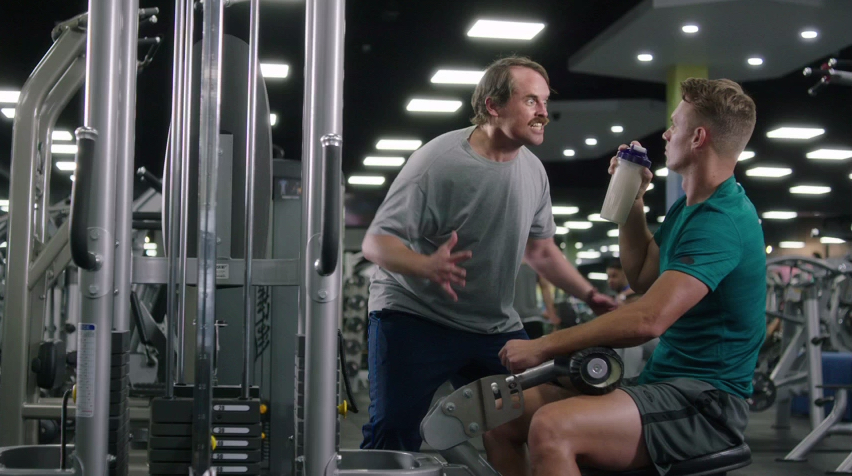 Cutting Room, NY editor Chuck Willis teams up with Mekanism to save innocent bystanders from the effects of illogically hungry individuals in the hilarious campaign “Hangry Hacks” for Jack Link’s.

The campaign features five spots where extreme hunger results in an uncontrolled outburst of anger, only remedied by dipping into an emergency Jack Link’s reserve. “Beefcake” features several men lifting weights at a gym, one man with noticeably lesser muscle mass than the other gym rats. The scrawny man loses his cool amidst the testosterone with a sudden outburst about the noise of a protein shake bottle—only to be returned to his “zen” state by breaking into an emergency stash of Jack Link’s conveniently stored within the weights of the machine. The campaign also includes the additional 30 second “Caddie Hack,” “Hanger Pane,” “Boss Has Beef” and “Meat the Teacher.”