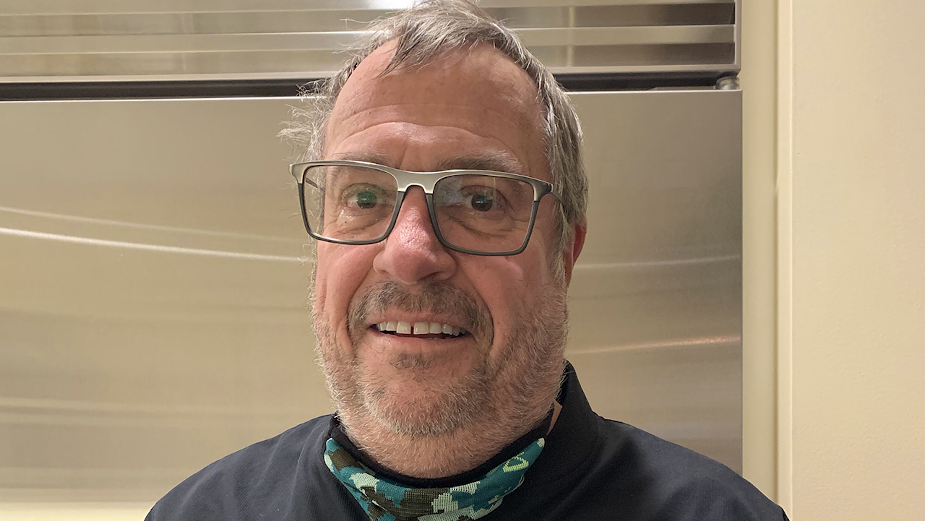 In the final days of 2020, the expansive, international group comprising Cutters Studios received a rare email message from the company's senior partner / editor, Chris Claeys. "One thing this very odd year of 2020 has revealed to me," he began, "now is a good time to retire. After 37 years at Cutters and 47 in the industry, I'm ready to move forward and retire here at year end."

The heartfelt message hit many emotional notes for recipients, summarising Claeys' love for his career and the company he joined on 2nd January 1984, when he became its fifth employee, and the only other editor besides CEO / founder, Tim McGuire. "I also know that I leave this wonderful company in very capable hands," he wrote.

For the foreseeable future, Claeys will continue to serve as corporate secretary for the company and as a member of its board of directors, so he's not riding off into the sunset just yet. Still, on the occasion, the company's leadership engaged him in this historic exit interview.

What led you to join Cutters and what was the company like at that time?

Chris Claeys > Tim and I had talked throughout much of '83 about the idea of me joining his young editorial company he started in 1980. The two big ad shops in Chicago at that time were Leo Burnett and DDB (known then as DDB / Needham). His client base was at DDB and mine at LBC. Tim wanted to grow his company and add a second editor, and I was interested in a move.

Cutters was located in about 2,000 square feet in the historical Carbon and Carbide Building on Michigan Avenue. Tim had three other employees besides himself: an assistant editor / tech / utility guy, a business manager and a receptionist. We cut film on KEM flatbeds.

Can you recall a moment in the early days that made you feel Cutters was on the right track?

What projects are your favourites and what makes them stand out?

Chris > Actually what really stands out to me are my clients of those projects. They were passionate about the work and enjoyable in the scrum of collaboration. They understood and appreciated what an editor can bring to a set of dailies. When you're in those creative trenches you connect with people and it can be exhilarating. Here are some of my favourite campaigns over the years:

- CBS local news team in Chicago (circa 1978 before Cutters): These spots put me on the map as a Chicago editor. It was hard hitting and innovative (for the time).

- Many McDonald's song-and-dance spots of the '80s that were inspired by the rise of the music video... notably 'Tonight' and 'Making Music'.

- Miller Lite's very successful campaign in the mid-90s, 'What happens when you combine great taste and less filling', and the commercial would show two disparate activities coming together, like sumo wrestling and the high dive, lawyers and rodeos, or a guy sitting in a recliner and ski jumping, and so on. Very fun and challenging projects.

- I had a blast cutting nearly all of the Crash Test Dummies commercials in the '80s.

- I was involved with wonderful work for Disney Theme Parks for at least 10 or 15 years... the :60 'Dreams' is probably my favourite.

- More recently, Meijer stores' heartwarming holiday spots... a couple of these are terrific. Some wonderful Toyota spots, and a recent Google spot.

- I also have to mention two feature length films: One a documentary about the Chicago Cubs released in 2009, and the other, a narrative, 'Middle Man', released in 2016. So very interesting and challenging to edit long form after a career in short form.

Considering Cutters Studios in the present, what are you most proud of?

Chris > Culture, culture, culture... did I mention our culture? Non-ego based from the top down; keeping the politics and bullshit to a minimum; keeping it fun; ensuring everyone knows what their job is, and that they get it done. Our truly great creative product and service is and has always been an immense source of pride.

What's something most people don't know about you and / or Cutters?

Chris > We have a great group of partners at Cutters Studios... but many people may not know that Tim and I have been partners for 37 years, which is almost unheard of. The partnership has also included, among others, John Binder for 28 years, Kathryn Hempel, Cindy Duffy and Phil Barton for approximately 20 years, Craig Duncan since 2010, and Matt Walsh since 2012. Overall, the key to our partnership is trust. Finally, to the best of my knowledge, Cutters Studios is the longest standing, privately held commercial post-production company in the US... maybe in the history of Earth.