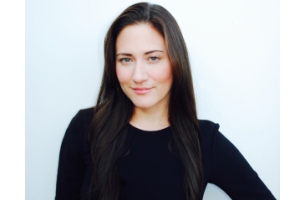 Cutters Studios Los Angeles is very proud to announce the addition of Jessica Locke as its director of business development. The announcement was made by executive producer Megan Dahlman.

Most recently Locke was the executive producer for Lime Studios, the renowned Santa Monica-based sound company behind mixes for a steady stream of top-tier commercials and entertainment projects. A key part of Lime throughout its life, Jessica was one of its first employees. "We started with just two studios in 2003," she began. "As time went on, we needed to utilize all of our space to build out mixing studios to accommodate the increasing demand, with the finishing of the eighth studio in 2015. It's been an exciting run being the EP for over a decade at such a successful studio, and I'm proud to have been part of building it from the ground up."

Over this span, Locke has built relationships and deep ties with many creative industry leaders. The short list of agencies she has recently worked with includes 72andSunny, CP+B, Goodby, Deutsch, RPA, Saatchi & Saatchi and TWBA\Chiat\Day, to name but a few.

"Jessica is such a vibrant, smart and charming person who has great contacts and amazing ideas on how to help elevate Cutters to the next level," said Dahlman. "I am looking forward to partnering with her!"

Locke is equally optimistic about her new role with Cutters. "The success of Cutters is accelerating, and joining a company with such a great foundation inspires and excites me. They have an exceptional team in the LA office, and I'm looking forward to being part of another thriving business with incredible growth potential."

Editors who make their homes at Cutters LA include Kristin Gerhart, Chris Hafner, Barnett Kiel, Jacob Kuehl and Adam Parker, each of whom is available for projects anywhere.