Pepe joins from mcgarrybowen as producer 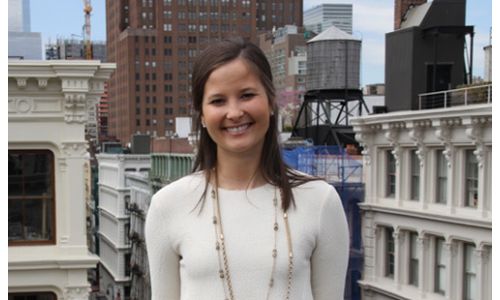 The leaders from global editorial company Cutters are very proud to announce the addition of Julia Pepe to their staff as a producer.  The appointment is effective immediately.

“Coming from the agency side of the business, Julia is very much aware of the entire creative process, from start to finish," said Elizabeth Krajewski, executive producer for Cutters.  "She is from the East Coast, but having lived and worked in Chicago, she brings a little Midwest to her style of producing.  We consider ourselves very fortunate to have her onboard as we grow our New York team."

A born and bred Bostonian, Julia joins Cutters from mcgarrybowen's Chicago office, where she was an associate broadcast producer. During her nearly three years with the agency, she produced high-profile, cross-media commercial and branded content projects for Cars.com, Disney, Kraft, and Sears.  Julia is also a skilled filmmaker in her own right, having written, produced and directed independent films focused on a wounded Marine and other soldiers returning home from Afghanistan.  Her background also includes stints working for various PBS productions, and serving as a reporter in the local NPR newsroom in Washington, D.C.

"My experiences working with the staff of Cutters have all been extremely positive, and I’m very excited to join the staff of the company's very first office on the East Coast," she said.