“The Bout,” was inspired by Aubrey's mother’s real-life battle with cancer, shows a woman fighting back and celebrating a special moment with family and friends

Director Aubrey Smyth, represented for commercial and brand assignments via Cutter Productions in New York, was a Grand Prize winner in the 2018 Moët Moment Film Festival. Her dramatic sixty-second short, “The Bout,” was feted at a glittering event in New York held during the recent Tribeca Film Festival.

“The Bout” is a powerful film that portrays the real-life story of Smyth’s mother as she struggles with a cancer diagnosis and fights back to overcome adversity. Co-written by the director and her mother, Deborah Zawol Smyth, who also served as production designer, the making of “The Bout” served as an affirmation of life and a cause for celebration for Smyth’s family.

Smyth received a $25,000 grant that will go towards supporting her work as a director for winning the competition. She’s currently in development for her first feature film, “Ginger With A Snap.”

Moët & Chandon launched the Moët Moment Film Festival in 2015 to commemorate its’ 25th anniversary as the official Champagne of the Golden Globe Awards. The annual short film competition aims to showcase and support the next generation of talented filmmakers.  A full list of MMFF winners can be found on the festival’s web site here. 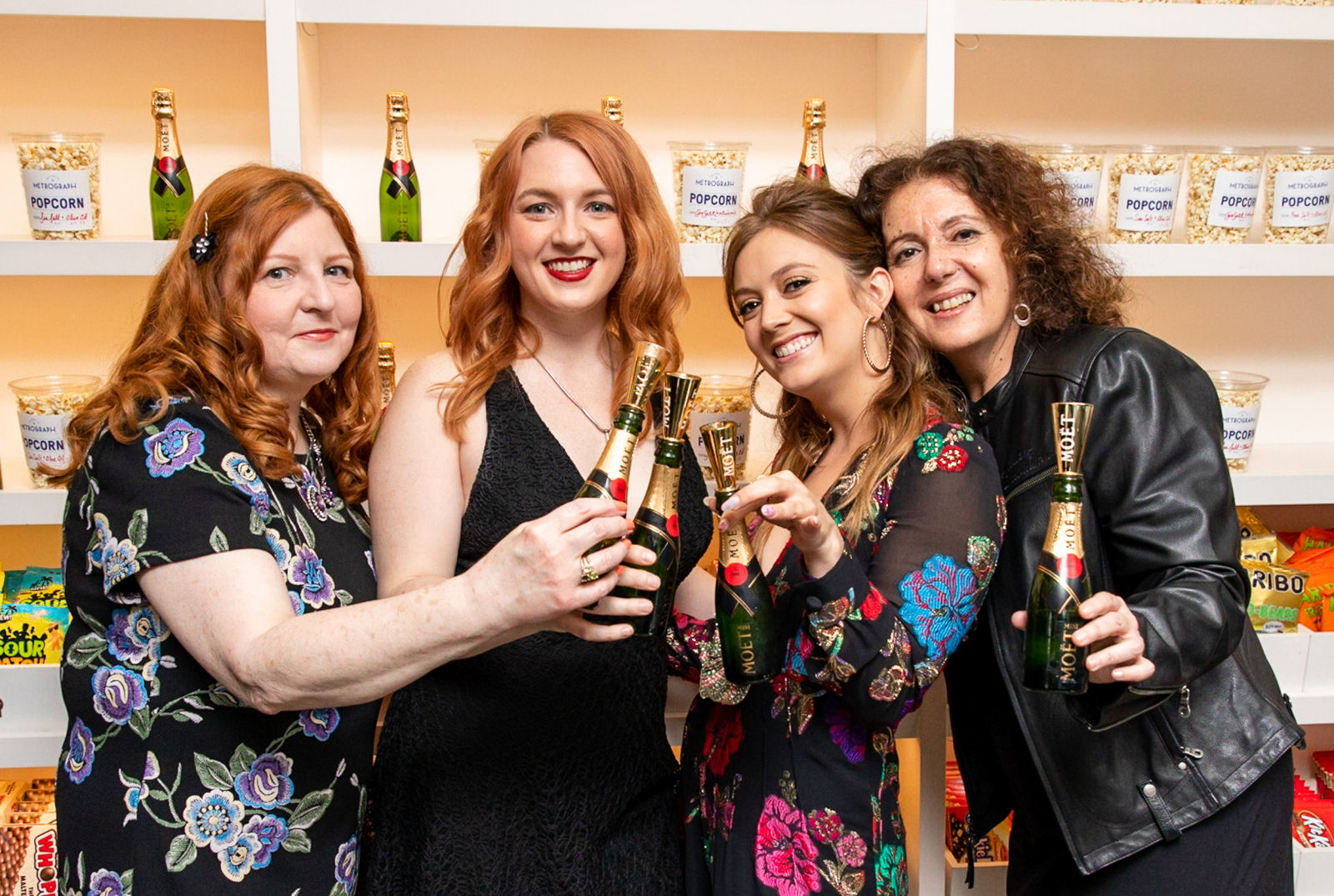 “I’m thrilled that Aubrey has achieved the honor of being a Grand Prize winner of the Moët Moment Film Festival with ‘The Bout,’” says Cutter Founder and EP Hillary Cutter. “Aubrey has flexed her directorial muscles in this film, especially because she’s sharing an extremely personal story about her own mother’s struggle against cancer. It’s been an honor to work with her as she develops her directorial skills, and I’m extremely proud of the artistry and emotion that comes across in her film.”

A total of 550 films were submitted for the MMFF this year. Among its judges were the actor and producer Laura Dern, a two-time Academy Award nominee and winner of Golden Globe and Emmy Awards. She was seen most recently in the Showtime re-boot of David Lynch’s “Twin Peaks” and in the global blockbuster “Star Wars: The Last Jedi.”

Also on the jury was the film and television actor Billie Lourd, who made her feature film debut in “Star Wars: The Force Awakens” and appeared in the recent “Star Wars: The Last Jedi” and the most recent season of Ryan Murphy’s “American Horror Story: Cult” series on FX.

People covered Lourd’s involvement with the MMFF as a judge in a recent news posting (to read the full story, click here), and the director and actor shared a special moment during the awards ceremony. “I was honored to have my film viewed and rated by immensely accomplished and acclaimed judges,” Smyth told People. “Billie told me that my film touched her, and it was rewarding to discuss my creative decisions with all of the judges at the award ceremony.”

Cutter sees Smyth’s success with “The Bout” as a natural extension of her ability to convey emotional nuance in her narratives and says this carries obvious benefits for agencies and brands. “I represent storytellers who express vulnerability with their audience, while also being able to advertise a product or get a particular point across,” she notes. “Aubrey’s film is an excellent example of that ability.”

Smyth was assisted in the making of “The Bout” by the New York audio post studio Sonic Union, which handled the final mix and design, and Knock It Out Music, which provided an original score. Cutter Productions is a certified woman-owned company.