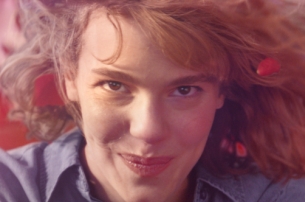 Launching today, a new campaign from Havas London for Durex encourages couples to ‘cut the cliché’ this Valentine’s day and focus instead on spending quality time with one another, reconnecting and experiencing some genuine fun and excitement.

The campaign follows research conducted by Durex which revealed that nearly half (49%) of the UK population doesn’t looked forward to Valentine’s Day, with 40% saying it’s a cliché and a further 43% stating that they would like to try something different.

The campaign focuses around binning the boring bouquet, ditching the ‘unromantic’ dinner and spending the day with one another having fun. Shot by Wanda Productions, award-winning director Wilfred Brimo, the commercial shows a young couple mowing down a field of roses to be with one another. Creating circles and spirals in the crop, the pair eventually colliding into one another with expressions of sheer glee. Symbolising the message that Valentine’s Day is about quality time not gimmicks, the ad will run on TV, online and in-store, with media handled by Zenith Optimedia.

Durex’s sex and relationship expert Alix Fox, commented, “Valentine’s Day is supposed to be the most romantic day of the year, but sadly it can easily turn into 24 hours of predictable disappointment. Durex’s research shows that a third of Brits want more spontaneity in their relationship, so we wanted to develop a campaign that would encourage people to substitute the stereotypical, commercialised Valentine’s ideas with a focus on doing something that is personal and meaningful to them.”

Yelena Gaufman, Head of Planning, Havas London commented: “Valentine’s Day brings a lot of expectation and pressure to couples, often overshadowing the meaning behind the occasion. Durex is the perfect brand to champion leaving behind the gimmicks and clichés, and to encourage intimacy on the most romantic day of the year”