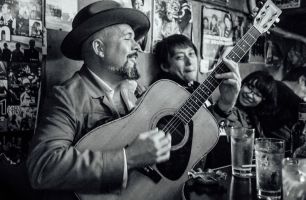 Peter Grasse, former general manager and executive producer of Curious Film, has opened a new production company, Dictionary Films. “Change is as good as a holiday,” Grasse states. “But, I didn’t need a holiday. Rather, I craved creative rewards as a result of honest hard work with talented people I respect and enjoy.” By early 2016, Grasse was ready to turn his craving into a business decision. A spotlight had landed on the surging creativity in the Asia Pacific, and Grasse had witnessed first-hand the business optimism that was blossoming in Japan.

Grasse dove into this new culture with gusto–although, truth be told, the culture of Japan was not entirely new to him, and Grasse had already developed an ability to fit into any environment through years of producing great work across the globe. “So, I left Curious and got my hands dirty with Dictionary," he said.

Dictionary has just completed its first production for global sports brand Nike. Although this isn’t Grasse’s first Nike spot (McEnroe’s Insights: The Tomic Incident, Sydney 2012), and is, in fact, Dictionary’s seventh production, ‘Minohodoshirazu’ (literally meaning ‘to not know your place’) is important to Grasse because of its pointed dialectic. Grasse notes, “It’s fun to produce something potent. All good producers have a sixth sense of what the market will react to, and in this case, the idea had an ironic subtext that was an audit of socialisation itself. Grouse!”

“Of course, Wieden+Kennedy was the source of this bold idea. The creative team's ability to be both decisive and responsive to on-set contingencies was invaluable in keeping our momentum. The account team’s far-reaching relationships and deep knowledge of the brand was a reminder of the value inherent in trust. And the client’s commitment to the brand message was our foundation. Loving what you do certainly shows.” Grasse adds, "If you're keen on the nitty gritty, we had three days, umpteen locations, cast for days and lots of weather. The DOP was a 22 year old Québécois, Kristof Brandl. The director was from America, Omri Cohen, and he thought he'd died and gone to heaven. Shooting in Japan with the Dictionary crew is an experience we're proud of.”

Grasse adds, “The secret of our success was our finely-tuned workflow with Cutters here in Tokyo. The editorial staff and post-production team came to the location and were across the scope and schedule of the job from the get-go. Cutters handled everything from edit to sound design and mix. Without them, this challenging broadcast schedule would have been an insurmountable impossibility.”

Grasse’s reputation as one of the world’s top commercial production executives is undisputed. He joined Curious Film New Zealand in 2004, rose to general manager, then established Curious Film Sydney in 2006 and Curious Singapore in 2013. With Grasse as executive producer from 2008, Curious signed a variety of the region’s top talent and produced some of the world’s most talked-about and awarded commercial campaigns. Last year, it won a second Gold Lion at Cannes and two Yellow Pencils from D&AD. Additionally, Curious was named Asia-Pacific Production Company of the Year at Ciclope for the third year in a row.