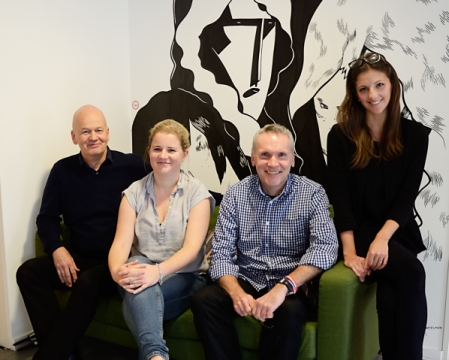 The move will extend the capability of the Cubo Group into SEO, PPC and enhance its digital marketing and creative credentials by offering a broader suite of services to clients.

eight&four will continue to operate as an autonomous unit within the Group servicing its existing clients including Melia Hotels, Metcalfe’s and FatFace.

Co-founders Kate Ross and Amy McCulloch will continue to run the agency they founded six  years ago. MD, Ross said of the deal; “This works well for all parties.  eight&four has built a strong reputation and a solid business, originally in SEO, but has expanded into broader digital marketing initiatives in recent years due to client demand.  Joining forces with Cubo extends the pool of available talent to answer increasingly complex briefs.”

Cubo Group CEO, Kerry Simpson commented; “We’re delighted that eight&four will be joining the Cubo fold.  We have a solid digital backbone in the work that we offer to clients but being able to collaborate closely with eight&four will complement and enhance the digital and performance marketing elements of our contribution marketing capabilities.

The 50 strong group can now handle wider ranging briefs, delivered by highly configurable and creatively collaborative teams across the Group.”

eight&four will complement the work carried out for Group clients which currently includes brand strategy and creative as well as earned media through the Group’s dedicated PR and social specialist, The Earned Agency.

eight&four will also collaborate with Group businesses on cross agency pitch teams building on the successes of 2014 including campaigns for DeMontfort University, TravelJunction and Pernod Ricard brands Oddka, Aberlour and Domecq.