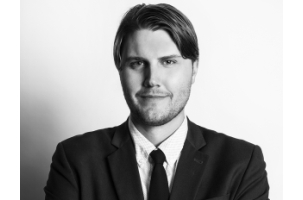 Creative agency and strategic media platform crush+lab continues to sharpen its impressive team with the exciting addition of editor Scott Butzer. Butzer will work as Head of Editorial for the Los Angeles boutique production company, which specializes in creating innovative television, film, commercials, as well as engaging social projects and relevant digital media.

Scott Butzer is a Minnesota native who began his career at Whitehouse Post in Santa Monica before moving to Final Cut where he started out as assistant editor. There, Butzer honed his skills through study and collaboration, rising through the ranks to become a full-fledged editor on campaigns for high-profile clients such as Gatorade, Mazda, Motorola, and Audi. Other notable projects include cutting Fabien Mortorell’s short film Unbelief, and helping to portray a raw and honest glimpse of the pop rock trio Haim for the Red Bull documentary Sound and Vision directed by Mike Piscitelli.

Butzer's passion for provoking stories that inspire dialogue and leave a mark in the world is perfectly in step with the crush+ lab ethos. Executive Producer/Director David Solomini, along with EP Alexander Kafi and Creative Director/Producer Paula Tabalipa, formed the company with the intention of challenging the status quo and creating relatable content with lasting impact.

“There are many things that excite me about crush+lab, but mainly the opportunity to form strong working relationships with the creators here. An in-house editor at a production company is a somewhat rare phenomenon in this business for reasons that still elude me,” says Butzer.

He continues, “The director/creative/editor relationship is very crucial to the filmmaking process, so to be able to work with these people under the same roof that you can evolve with and collaborate with throughout the entire creative process is a really exciting opportunity.”

The projects that crush+lab currently has under way clearly take advantage of Butzer’s adaptive nature as an editor.  Most recently, crush+lab developed and produced the inspiring original web and TV series @LARGE – Creators at Work with Red Bull Media House, with David Solomini directing all 10 episodes. The series is hosted by Grammy-nominated producer Diplo and gives audiences an all-access look into the lives and works-in-progress of contemporary artists from around the world.