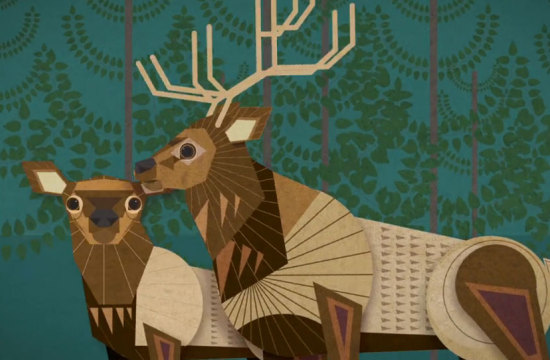 WDCW Seattle and Woodland Park Zoo wanted to produce two commercials that presented zoo in a new and unique way. Crush came forward with a design package that drew from classic illustration techniques but developed a look that was very contemporary.

Crush designer Jullian Ablaza worked with illustrator Ashley Barron, developing the look of the animals and their environments.  The environments needed to be simple but compliment the animals to flow from scene to scene.  Crush Senior Designer and Animator Yoho Hang Yue put together the animation, and created the entire project in After Effects, adding textures to the final piece.

"We wanted a very tactile, traditional feel," said Gary Thomas, Creative Director, Crush. "The end result was very close to that but allowed for a lot of flexibility. The team at WDCW were a dream to work with, we are incredibly pleased with the final result."