Crowdsourced Campaign Shows Everyone is a Suspect Carrier of Covid-19 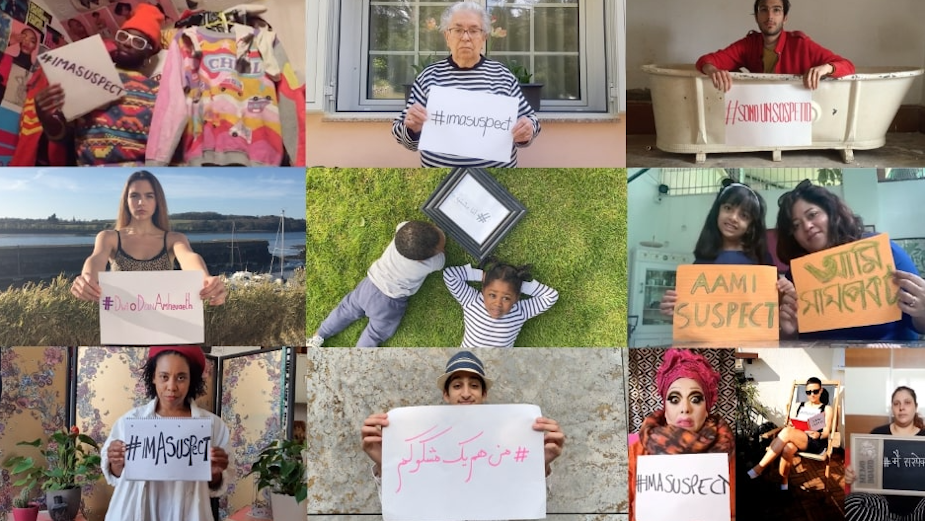 Created in response to the UN creative brief, creative Miguel Soares (Mika) and RSA Films director Nova Dando’s one-minute film encourages social distancing by reminding us that if we don’t know we’re carrying Covid-19, then we could all be suspects in passing it on.

Contributions for the film were crowd-sourced via WhatsApp, using the RSA Films global network to gather hundreds of submissions from as far afield as Mozambique, Australia, Mexico, Taiwan, Brazil, Angola, China, and the US.

With UK lockdown measures further extended, #IMASUSPECT is a timely reminder of the importance of adhering to distancing measures, and our collective responsibility to each other around the world.

As part of the campaign Nova and Mika are encouraging people to join in and create their own videos to share across social media.

“We were humbled to receive so many contributions from around the world. The final film features footage from across five continents, from one-year-olds to 91-year-olds. It’s a reflection of the power of connectivity and a shared goal, and what a director and creative can create from their sofas. We hope that the campaign resonates with people and encourages them to share the message” said Nova Dando.

“It’s heartening to see what can be achieved with zero budget, a team of just two people, and a network of friends and family. From creative development to delivery took less than ten days. We’ve seen some amazing creative work for good over the last few weeks, and we wanted to use our skills to join the conversation” said Mika.

Cinematography: All the wonderful people in this video