Critical Mass Kicks Off Awards Season with Slew of Wins

Awards and Events 467 Add to collection

Picks up accolades from D&AD, New York Festivals, The Webby Awards and the Effies 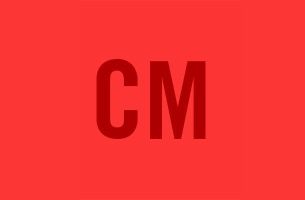 The Webby Awards honoured Critical Mass for “Sweeper,” a physical and digital installation they designed on behalf of United Nations Mine Action Service (UNMAS).  UNMAS and Critical Mass created an iBeacon-powered virtual minefield to make it possible for New Yorkers to experience the fear millions live with every day. The installation was so successful that it's now a permanent exhibit at the United Nations headquarters in New York City. “Sweeper” earned a Webby in the highly competitive category of Mobile Sites & Apps, Events. Nominees for the category included TEDConnect by TED Conferences, and SXSW Go Official Mobile Guide by Eventbase.

Critical Mass is also nominated for an Effie for work on behalf of SAP, “Run Simple,” in the Business-to-Business category.  The North American Effie Awards will be announced on Thursday, June 2nd.

2016’s creative accolades bolster the agency’s credentials. Earlier this year, Advertising Age named Critical Mass an ‘Agency to Watch’ in 2016, citing a new business winning streak, an expansion of services, and a growing global footprint. The Warc 100 listed Critical Mass as the 3rd best digital/specialist agency in the world, and Gartner listed Critical Mass as an “Agency to Watch” in the annual Magic Quadrant for Global Digital Marketing Agencies, citing “the firm’s high-quality work, as well as the insight of its strategists, creative/ UX professionals, technologists, and program managers.”