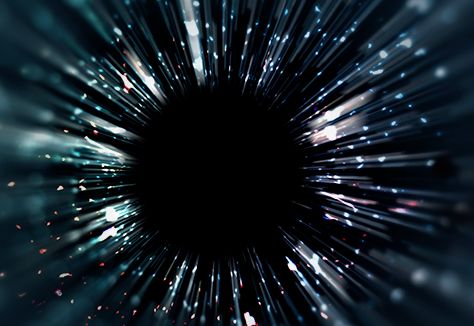 The Cresta Awards, which honours an absolute standard of creative excellence in international advertising and marketing communications since 1993, has issued the call for entries in its 25th worldwide competition.

The Cresta Awards has also announced its selection for the 2017 Jury President, Mr. Yuya Furukawa, Chief Creative Officer, Dentsu, Tokyo.  Mr. Furukawa started as a TV writer at Dentsu, back when when advertising life was much simpler. Under his leadership today, Dentsu’s creative teams work on projects ranging from product development, branded content creation, pure content creation (including TV programs and movies), content export, space planning and design, digital platform development, business strategy and consulting, and PR.  He himself is also involved in government projects such as the Olympic Games and the National Stadium.  He is also Director of Dentsu Lab Tokyo, an initiative bringing new forms of creation through technology by combining research, ideation, and development. International accolades for Mr. Furukawa include gold, silver and bronze awards at Cannes, D&AD, One Show and Spikes, among others, as well as Grand Prix at Adfest. In 2005, he won the Creative Person of the Year award at the Japan Advertising Agencies Association.

Upon his acceptance of the Cresta Grand Jury presidency, Mr. Furukawa said, "The problems of scam ads and the quality of judging panels are getting serious in the awards business. Discussion in the closed judging rooms can sometimes lead to results that make people question them. The Cresta Awards has a purely mathematical judging system, and it is actually the fairest award we have."

All entries will be screened by several worldwide juries, who will compile a short-list of finalists that will be submitted to an International Grand Jury of expert creative directors, film specialists and graphic artists.  Short-listed interactive entries will be judged by a separate Grand Jury of interactive experts.  Work will be judged on originality of the creative idea and the quality of its execution (except in the Crafts & Design competitions where only executional quality is taken into consideration).

Of the eight Grand Prix's which were awarded in 2016, taking the honours in the Direct Marketing, Interactive and Integrated Campaigns competitions was Forsman & Bodenfors, Gothenburg for its "Slow Down GPS" campaign for IF Insurance.  An additional Grand Prix for Forsman & Bodenfors was awarded in the Branded Entertainment competition for Volvo Trucks, titled, "Look who's Driving".  The Design and Outdoor competitions was won by Rosapark, Paris, for their client Thalys Train Network, titled, "Sounds of the City". The Crafts competition (Copywriting) and TV/Cinema/Online Films competitions was won by Tangrystan Productions, Oslo for its viral film for Care Norway, titled, "Dear Daddy".

The 2016 Cresta Awards received more than 3,300 entries from 53 countries. Of those, 74 entries from 13 countries were winners. Network of the year honours went to McCann Worldgroup and Agency of the Year to Forsman & Bodenfors, Gothenburg.

On Friday, 13 October 2017, the 'winners gallery' for the coveted Grand Prix, Gold, Silver and Bronze statuettes will be released in the form of a micro-site designed for all computer and mobile devices here.

The deadline for entries is Friday 10 March 2017.  All work must be submitted online at www.cresta-awards.com/registration.  Entrants who submit and finalise work between February 6th though February 24th will receive a 10% discount on their entry fees.  After February 24th, the entry fee for single items is $425/each. For campaigns consisting of a series of ads for the same product or service the fee is $225/item. Integrated Campaigns has a flat fee of $700.