Credibility Crash on the Cards for Levy and Wren? 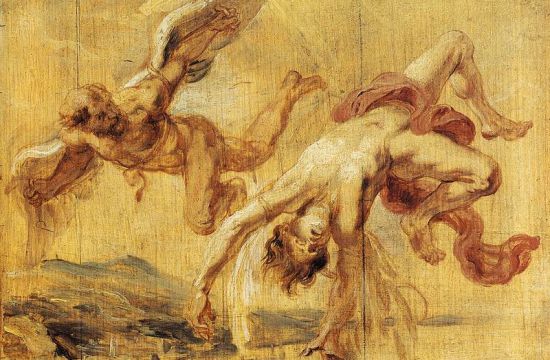 Sir Martin Sorrell is likely to be adland’s happiest man this morning and will be grinning ear to ear for some time to come. There have been rumours for a while now that the deal was slowly unravelling but few predicted that it would happen quite so quickly. Sorrell didn’t change his strategy when this mega-merger was announced last summer and he is unlikely to change anything much now other than going after staff and clients from both networks.

However it will be interesting to see how Publicis and Omnicom clients, staff and shareholders react in the days ahead.

Having been told to expect a brave new world nine months ago, some clients are likely to be feeling pretty unsettled on the back of this morning’s news. To be fair the relationship between clients and agencies tends to be a tight one and it’s never the easiest thing for a client to change its agency. While most of the relationships will be sound, if there are any that are a little wobbly then this news might be the straw that breaks the camel’s back.

The same goes for staff at Publicis and Omnicom. After months of uncertainly since the ‘merger of equals’ and the promise of being the world’s number one network was announced there will be even greater uncertainly over jobs. The heads of the network agencies will have a big job to settle down nervous staff.

The US stock market is about to open and it will be interesting to see the effect on share prices. There could be a serious loss of credibility for both Wren and Levy. They will have a massive job to do on the investor relations front and if share prices start to slide drastically their futures are likely to be in question.

The big winners of all of this are likely to be the independent agencies. They were the ones most at risk from the massive firepower created via this mega-merger and will be feeling far safer now that it has gone away. On the people front there are likely be some senior executives from Publicis and Omnicom who may decide to try the independent route, either by setting up their own start-ups and taking clients with them or by taking equity stakes in independent agencies who may be courting them. The perfect storm of disillusioned staff and disillusioned clients potentially falling out of Publicis and Omnicom makes this a good time for independents.

And then there are the parallels to be drawn between this deal and AstraZeneca/Pfizer. As the Publicis/Omnicom saga shows us, tax and regulatory issues can be a key factor in deals coming apart. The reluctance of tax authorities to rubber stamp deals will be something that is likely to be on the minds of the senior executives at both AstraZeneca and Pfizer in the months ahead.

Keith Hunt is managing partner at Results International, a global M&A advisers in the marketing communications and adtech space.

Image credit: The Fall of Icarus by Peter Paul Rubens