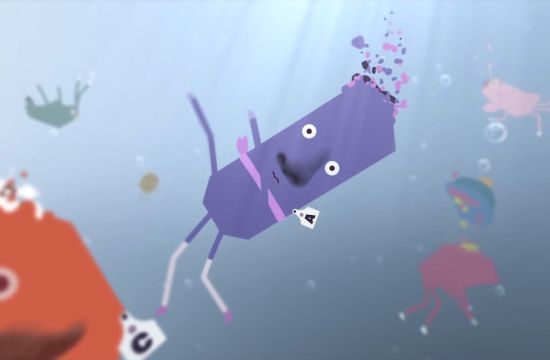 Vitamins are suffering. But they’re our friends. We need to help them. It’s time to take action.

That’s the cheeky subtext of “Stop Vitamin Cruelty,” an integrated ad campaign for the nutrient-enhanced line of ACTIVATE Drinks launched by Creature vs Culture, a new creative agency based in Brooklyn.  The work represents the first major consumer-facing work from the agency.

The campaign began rolling out in Los Angeles and New York this summer and is already clicking with consumers. “Stop Vitamin Cruelty” revolves around a faux movement that urges health-conscious consumers to stop subjecting vitamins to the “abuse” they can suffer when exposed to water in rival enhanced beverages.  As the innovator of twist cap technology, ACTIVATE delivers fresh vitamins at the time of consumption.

ACTIVATE’s brand position is based on scientific research showing that Vitamins A, B5, B12 and C deteriorate while sitting in water. That’s why ACTIVATE keeps its vitamins fresh in its’ unique twist cap; it allows the product to provide vitamins and nutrients in an innovative manner that combines function and performance without sacrificing on great taste. Flavors include Exotic Berry, Fruit Punch, Pomegranate Blue and more. 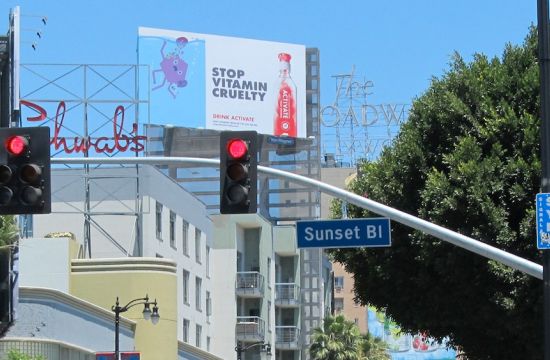 The centerpiece of Creature vs Culture’s effort is a digital short that features a group of vitamins depicted as animated characters sinking in water, looking glum as they slowly fall apart. Enter the twist cap savior that is ACTIVATE and the scene shifts to a late night party setting, where electronic dance music – coupled with the liberating sensation of just being released from their bottle cap havens – makes the vitamins come alive. The spot ends with a shot of the full line-up of ACTIVATE flavors.

Visitors to a “Stop Vitamin Cruelty” Facebook app, also created by Creature vs Culture, can join the movement by generating personalized vitamin advocacy videos they can share with their friends in exchange for coupons for ACTIVATE drinks.

The integrated campaign comprises of digital ads, live events and a series of outdoor executions such as billboards, taxi tops, building wraps, bus ads and a takeover of the Bryant Park subway station in New York. Creature vs Culture also designed a sprawling ACTIVATE booth that dominated the recent HARD Summer Music Festival in Los Angeles earlier this month, where the brand was a lead sponsor.

Since “Stop Vitamin Cruelty” went live, the brand has seen a 20 percent increase in Facebook likes and a 10,000 percent increase in consumers talking about it on the social media site.  Unique visits to the brand’s web site, www.activatedrinks.com, is up 80 percent from last year’s figures and three and a half million people have viewed the thirty-second digital spot during its pre-roll campaign. In its first two months of roll-out, sales and volume for ACTIVATE rose by double digits in the Los Angeles market, and brand awareness has grown by 500 percent.

“We turned to Creature vs Culture because we wanted a nimble, boutique agency that understood how our brand could stand out in a crowded marketplace,” says Jesse Merrill, Vice Present of Marketing at ACTIVATE Drinks. “Much like ACTIVATE itself, ‘Stop Vitamin Cruelty’ is a new twist in terms of messaging and iconography that perfectly fits with our mandate of changing perceptions and making an impact.”

Creature vs Culture was founded earlier this year by the crew behind integrated production company 1stAveMachine (www.1stavemachine.com). Founding Partner and ECD Aaron Duffy leads a model that expands beyond his experience making award winning commercials by embracing a culture that combines creative strategy and executional capability under one roof.

Duffy says the challenge they faced with ACTIVATE was two-fold: “Our work needed to educate consumers about a problem that most of them are unaware of, which is that certain important vitamins suspended in water lose potency,” he explains, “and then it needed to position ACTIVATE as the solution while simultaneously driving awareness, interest and intent.”  The campaign also needed to accomplish this in a category where clichéd appeals to wellness are commonplace, “so the creative had to be a departure that would engage consumers in a fun and interactive manner,” he continues. “Our strategic insight was to focus on the vitamins themselves as the ones needing help, and building on the PSA-like theme of vitamin cruelty as a way to stand out.”