“Creativity Thrives When People Stick Together”

Serviceplan Germany’s partner and CCO Matthias Harbeck on creativity’s future, the work he’s proudest of, and how he’s taken inspiration from a legendary medieval drifter… 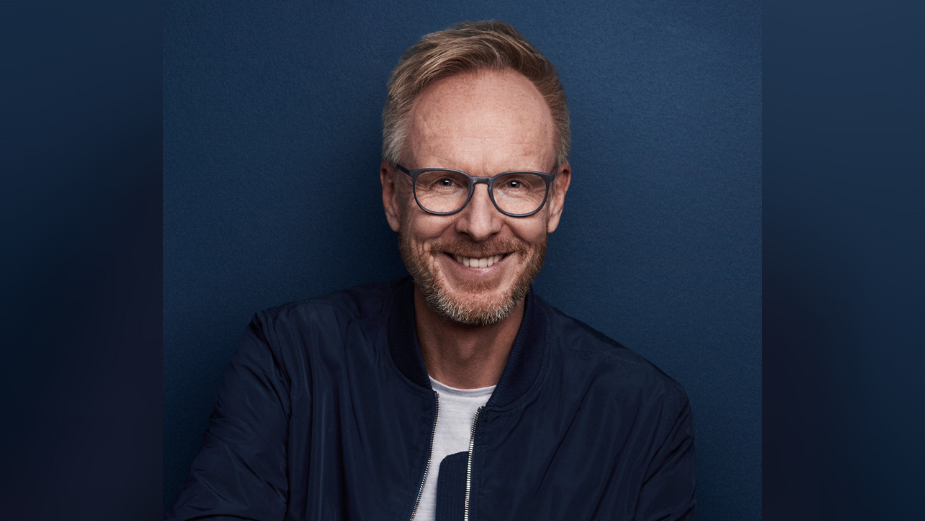 REKORDER, the Berlin-based film and photography creative production studio, is proud to support LBB. Over the upcoming months, as part of the sponsorship of the German Edition, we will celebrate creativity and introduce some of the most innovative and creative minds in the industry.

In this conversation, we speak with Matthias Harbeck, the Munich-based partner and CCO of Serviceplan Germany. With more than 800 national and international awards, including 25 Cannes Lions, Matthias is one of the most highly acclaimed creatives in Germany. Here, he reflects on his time so far at Serviceplan, what the future holds for creativity, and how a legendary medieval vagrant is keeping him inspired in 2020…

LBB> You’ve been at Serviceplan for twelve years - what’s kept you around for all this time?

Matthias> First of all, because my colleagues are simply the nicest and most talented people to work with! Or, to put it more bluntly: There are no assholes at Serviceplan. Serviceplan miraculously repels anybody who tends to be vain for nothing. It’s about performance and being nice here, and I love that. Aside from that, I’ve always had the freedom to take decisions within my closest team. And as soon as something ever became routine, the next challenge waited around the corner. It never becomes boring here. Serviceplan is a big and powerful company, and at the same time a personal, passionate, and agile (apologies for the buzzword but it’s true!) family enterprise.

LBB> And am I right in saying you have been based in Munich throughout that time? If so, how have you seen the city and its creative scene evolve?

Matthias> I am responsible for Serviceplan Germany, but I am based in Munich. Over the years Munich has become significantly more international, even more so since Apple and Google established their German headquarters here. And Munich has also become more creative: In terms of creativity, Munich is ranked by the EU as the second best city in Europe, just behind Paris. This rating refers to characteristics like “cultural vibrancy”, “creative economy” and “enabling environment”. Surprising, isn’t it? Munich is ranked higher than Berlin, Vienna or Milan! Perhaps less surprising is that Munich is still one of the cities with the highest quality of life in the world. It’s great to work and live here. The only drawback is that it’s not exactly a place that you would call cheap.

LBB> How have you seen Serviceplan evolve over the past decade? How different is your business now to ten years ago?

Matthias> Within the last ten years Serviceplan has made enormous steps towards internationalisation. We have locations all over the world, from Beijing to New York, from Dubai to Paris. Coming with is that opportunity to work more for international accounts, and the quality of our jobs changed, too. Technology and Media got more important, and creative influences started coming from everywhere and everybody in the agency. We call this way of working 'ÜberCreativity': a higher form of innovation which happens when diverse disciplines, cultures, talents, media and technologies collaborate and interplay with one another.

Above: For the group’s 50th anniversary, ServicePlan paid tribute to ‘ÜberCreativity’, the philosophy underpinning the company’s sustained success.

LBB> Personally speaking, is there a single project that you’ve been involved with at Serviceplan which stands out as particularly defining for you and your career?

Matthias> My favourite project always tends to be the most recent. The one we have done this year is especially close to my heart. We called it 'Meltdown Flags'. It’s based on the insight that glaciers are a crucial source of life – they provide 69% of the world’s drinking water, generate power for millions, and are key indicators for global climate change. However, if global warming continues to rise, all glaciers will be gone by the year 2100! Our idea to illustrate this was to visualise the global glacier retreat by reducing the amount of white in the flags of countries with glaciers. Based on scientific data, from 1995, the year of the first UN Climate Conference, to 2050, the year set out by the UN to reach net-zero emissions and limit global temperature rise to 1.5 degree Celsius.

LBB> What kind of response did you get to Meltdown Flags? And has it impacted your own thinking on the climate crisis in a meaningful way?

Matthias> Meltdown Flags raised a lot of awareness and received positive press coverage. As a team, we went on to take part in the 'counter-summit' for the UN Climate Change Conference in Madrid. And the project was exhibited at Taller CTXT and the Messner Mountain Museum in Italy – the world-famous mountaineer Reinhold Messner himself supported it! The power of the idea is to make the glacier retreat problem more tangible than ever before by visualising it. At Serviceplan Group, we’ve even started an initiative for our German locations to become climate-neutral in 2020.

LBB> Creatively speaking, how has the pandemic affected your work? Has your process changed between now and the start of the year?

Matthias> One difference between the time before the pandemic and now is that  creatives can no longer regularly brainstorm in one room in the agency anymore. At first, this worked quite well. But now, I am beginning to see kind of a wear-out effect of remote-working. Quite simply, creativity thrives when people stick together. On the other hand, limitations always create new opportunities. During lockdown, for instance, it was impossible to shoot as we had always done before. Our team made the best out of it and created a really funny commercial that celebrates the 'couch potatoes' to be the real heroes of our time. The film was put together with only stock material – and nobody noticed! Because the story was well told and the shots well selected. Experiences like that have been really encouraging in this tough year.

Above: Serviceplan’s spot for the German supermarket chain PENNY was made entirely from stock footage

LBB> Today, we’re talking a lot about ‘digital transformation’, with many citing a tension between creativity and technology. Do you see that tension yourself?

Matthias> I see digital progress as enrichment, as enlargement of our possibilities rather than a tension. Imagine what great things we can do today with the help of technology! There is a huge playground which we just started to discover. That being said, our job as creatives is to hold up the creative flag, of course. More digital possibilities mean more complexity. And in the heat of the moment, between briefing and presentation, it might be tempting to think too early in terms of touchpoints, channels and mechanics. Instead our first question should always be: What is the best idea?!

LBB> So is there hope of a bright future where creativity and technology work hand in hand?

Matthias> Absolutely. In the last few years there has been a tendency on the part of clients to perfect their digital possibilities. And yes, the role of creativity has come up a bit short here and there. The good thing is that prominent representatives of big companies already questioned that. Just think of Marc Pritchard of P&G who criticised the exaggeration of performance marketing versus creative brand communication with statements like “we can measure performance marketing more exactly, but that doesn’t mean it is more effective than brand communication”. My perspective is this: Imagine that every brand is technically able to deliver the same kind of individualised ad messages. In such a world, what would be the difference between brands except the product itself?! The product alone is normally not enough for success. Technology needs creativity, and creativity needs technology.

LBB> What advice would you give to a young creative person looking to get into the industry today?

Matthias> Be curious, be hungry, be empathetic, be brave, be smart, be crazy, be honest to others and especially to yourself. And above all: Don’t forget to have fun. There are so many things to try out. And there are not that many jobs where you can have all of that!

LBB> Finally, there’s understandably a lot of negativity swirling around at the moment. But, creatively speaking, what inspires you day-to-day? What are you finding exciting right now?

Matthias> The other day, I came across the story of Till Eulenspiegel, the legendary vagrant of the Middle Ages. He always whistled a cheerful tune when the road went exhaustingly uphill. People asked him, “why are you doing that? How can you be happy going uphill?!” And he would reply, “because I know that it will go downhill soon.” Haha, I like that. 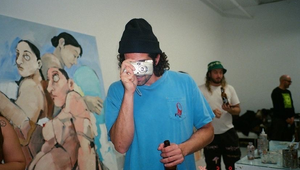 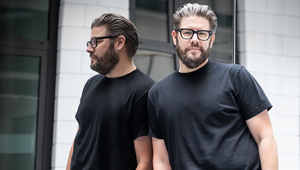