Creativity Past, Present and Future

Trends and Insight 573 Add to collection 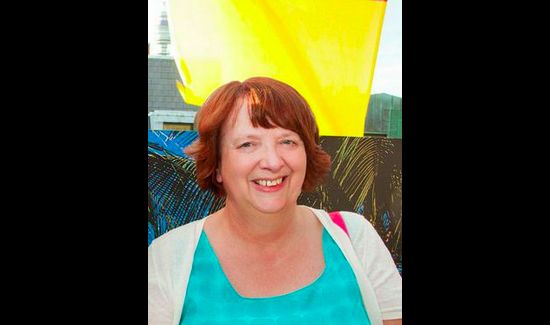 At this time of year, as the media begins its annual appraisal of the good, the bad and the ugly, I believe it is useful to take stock of where you are, where you have been and where you are going next.

For the past 20 years my business Grand Central Recording Studios (GCRS) has stood loud and proud in Soho. When we started we had seven members of staff, we had no email and a great deal more conversation. Today our ranks have grown to twenty-six permanent members of the GCRS team, including eight sound designers – seven of whom have been with us for over ten years (the other has just had his eighth anniversary at GCRS).

And what else has changed? Technology – servers cost much less, hard drives are a fraction of the cost they were and analogue is a thing of the past.

We were the first UK audio facility to go fully digital, and earlier this year created the first commercial in Dolby ATMOS – ‘Wolf’ for BMW (WCRS).

A lot of the technology is accessible to all and has been demystified. Being able to purchase and install the software does not mean that you have the talent and skills to be an editor or a sound designer.

Soho itself has changed a great deal, especially with Crossrail beating a path through Victorian streets, but it has retained that vitality and spirit of creativity that makes it feel like nowhere else in the world.  We have been in two different locations since I launched the business, back in 1994, with my business partners Ivor Taylor and Raja Sehgal. But Soho is, and hopefully will always be, our home, both spiritually and geographically.

My wish for the future is that Westminster Council actually remembers that Soho is a designated conservation area. It needs to protect the magic of Soho against the onslaught of developers intent on changing our environment into another city with steel and glass towers, in order to attract bankers and hedge funds at rents north of £100 per square foot which will drive out the traditional craft industries that do not have pockets that deep.

What else? The work itself has changed hugely – there are certainly many more celebrity vehicles than when we started out.  It is impossible not to occasionally feel that this is to the detriment of ‘the big idea’ but that is not to say that there are no wonderful pieces of creativity out there in the UK commercial world today.

Radio, however, is still a vastly under-exploited medium. Just look at the winners at this year’s Eurobest – not a single Gold or Grand Prix awarded in the Radio category. Thankfully there are positive signs. Just this week GCRS work took the top two spots in Campaign’s run down of this year’s best radio – for The Imperial War Museum (Johnny Fearless) and Duracell (Grey London).  If I have a hope for the future, it is that the UK industry at large will soon wake up to the opportunities that it offers.

Sound itself has taken a bashing in recent years with the rise of arguments such as ‘Young people today don’t notice the difference’ and ‘You don’t need good audio when the audience is primarily going to watch commercials on their laptops’.  At GCRS we still feel as passionate about audio as ever and know that iconic ads, such as Nike ‘Write the Future’, owe a sizeable part of their impact to sound.

And what else can I predict for GCRS 20 years from now?  Who knows what the technology will look like but, hopefully, we will still be doing great audio work, with the most brilliant creative minds in the world, and we will still be getting a big kick from it.