Creativity is the Most Important Part of a Strategist’s Job

Marco Hackmann, the only planner in the room at Creative LIAisons, tells Laurissa Levy why it’s been so useful to learn from the world’s top creatives 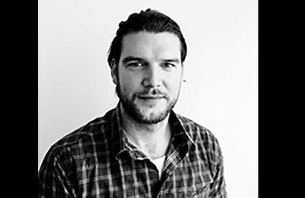 Last week we were immersed in the London International Awards’ Creative LIAisons event. The watchword being ‘creative’. But in among the 85 young creatives was one lone junior strategist – and he got just as much (if not more) insight from the experience. After all, the most powerful advertising work happens when creatives and planners can bounce off one another. When Photoshop and FinalCut Pro meets Power Point and Excel. Marco Hackman from Grabarz & Partner Werbeagentur looks back on the week and tells us about the power of ‘participative creativity’.

“Strategists have to inspire the creative. This is the most important part of a strategist’s job. We have to create the right brief that inspires the creative.”

After talking with various creatives from around the world last week at the London International Awards’ Creative LIAisons event in Las Vegas, this was the main take-away for Marco.

He went on to say how important the Creative LIAisons program is for strategists – and that he felt it very important that more strategists from around the world attend this program. “We are the people who write the brief for clients and award ideas. It is important for us to find the right and relevant insights. Sitting in the jury rooms during statue deliberations, we learned a lot of what the jury finds in these insights and what insights they want to see or hear.”

For example, in Marco’s agency Grabarz & Partner Werbeagentur GmbH, a strategist, copywriter and art director often go into brainstorming sessions together – sessions they call ‘The Think Tank’. “These Think Tank sessions are very effective – and are more integrative,” he says. He describes connecting the various agency disciplines together in this way as ‘participative creativity’. It’s an approach to creativity that is becoming increasingly important.

Moreover, at Marco’s agency, junior strategists can and often present to the client in the pitch stage, so listening to the talks at Creative LIAisons has been extremely beneficial since speakers like Doerte Spengler-Ahrens talked about delivering a winning pitch and the InnerVation Lab workshop put “presenting to clients” into practice.

Looking back at his personal highlights of the week, Marco recalls Ted Royer, CCO Droga5, saying that creative and strategy are not two separate entities – and that they should not operate siloed away from each other.

Marco noted that while creatives are able to go deeper after gaining perspectives from strategists, the same can be said of strategists learning from creatives. He says, “Strategists create charts and research and the creatives go for the headlines and print. This Think Tank idea also feeds into the co-create theme, which was a part of the InnerVation workshop at Creative LIAisons.”