The Directors 82 Add to collection

HALAL director Sam de Jong on never repeating himself, his creative inspirations and why you should approach him 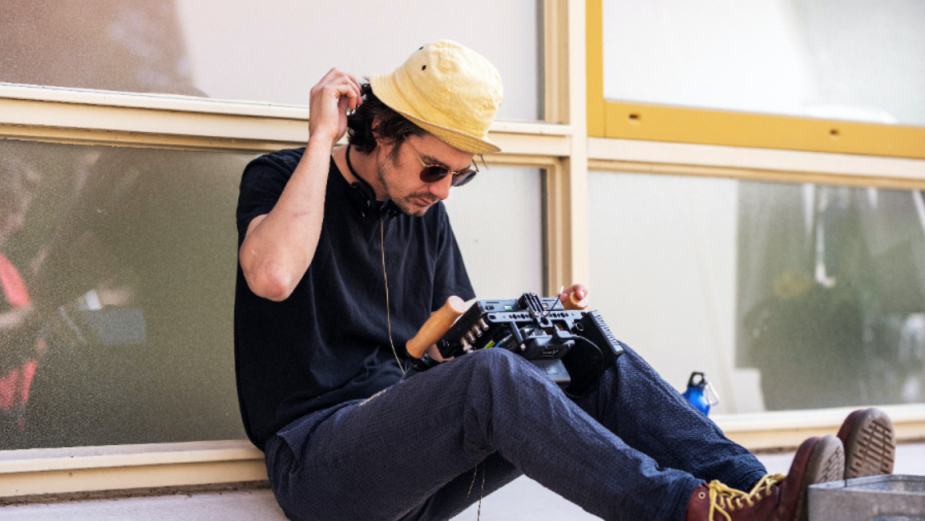 Sam de Jong is one of the few directors who manages to mix comedy, music, fashion and storytelling in a unique and totally credible way. He has made an international name for himself over the past decades for a series of critically acclaimed features, as well as for a huge variety of eye-catching commercial work – not to mention the viral music video for 2015 Dutch hit ‘Drank en Drugs’

After the success of feature films Prince (2015) and Goldie (2019), his third full-length, Met Mes (2022) caused a stir after debuting at this year’s IFFR. Surreally effervescent, the film’s candy-coloured dreamworld tells an unexpectedly gritty tale of hypocrisy and stigmatisation: when teenager Yousef is arrested for stealing a camera, the victim exaggerates her report by saying it was a robbery ‘with a knife’ – sparking butterfly effects with unforeseen consequences.

On the commercial side, de Jong has directed vibrant and eye-catching films for fashion brands from ASOS to Calvin Klein, including the highly awarded A-Z of Music for I-D and Marc Jacobs.

Yet, it has been a while since de Jong’s last commercial – and that’s for a reason. We sit down with Sam de Jong to figure out why, and to get behind the principled, uniquely creative vision of this continually rising Dutch star. 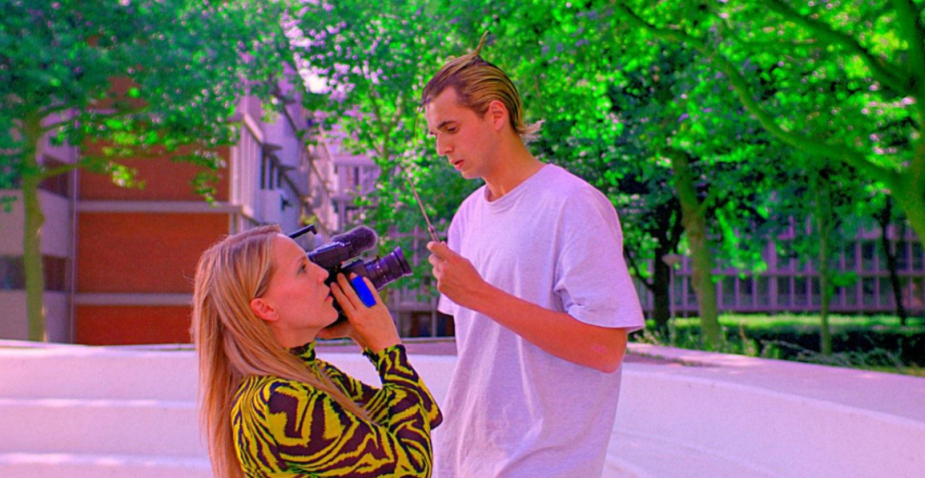 Q> When did you first know you wanted to be a filmmaker, and how did you make that happen?

Sam> My father’s best friend was a documentary filmmaker – he put me onto it when I was young. At some point in high school, I looked more into documentaries. I wanted to be a documentarian, but I realised that the social contract you have with subjects in a documentary is hard. Because it’s difficult to help people understand what they’re getting into – you can easily exploit them. So I began film school from that starting point, but I ended up preferring the social contract of fiction: it can begin rooted in realism, but you’re much less able to exploit someone – they’re getting paid for their involvement.

Q> How did you get on in film school?

Sam> Film school was lovely! It’s tough because it’s a very competitive environment, which prevents you from experimenting a lot – because from the first day you know that when graduating only a few of you will make it. It’s a ‘knock-out’ race- there’s only one winner! I loved all the history and learning from peers.

Q> How did you break out into finding success in the industry?

Sam> I was making a lot of stuff back in film school already, and I’d already started working with HALAL back then! When Gijs Determeijer (partner & exec producer) started up the commercial department, he signed me, and his first-ever visit to an ad agency was with me. He was still learning the trade, so we were two really rookie figures walking through these agencies without a clue what we were doing!

I was also good friends with Paul Geusebroek, who is now also with HALAL, who didn’t go to film school. He also really inspired me, with his pursuit of more popular culture and commercial filmmaking. My grad film in 2012 [Magnesium] luckily did really well – it went to Sundance, and that gave me the opportunity to do a lot more shorts. I did a bunch of commercial films with Gijs D - but together with Gijs Kerbosch, who takes care of fiction at HALAL  we made our first feature film Prince. It was co-produced by Vice, which led me to New York, then I started working with other producers – things fell into my path. 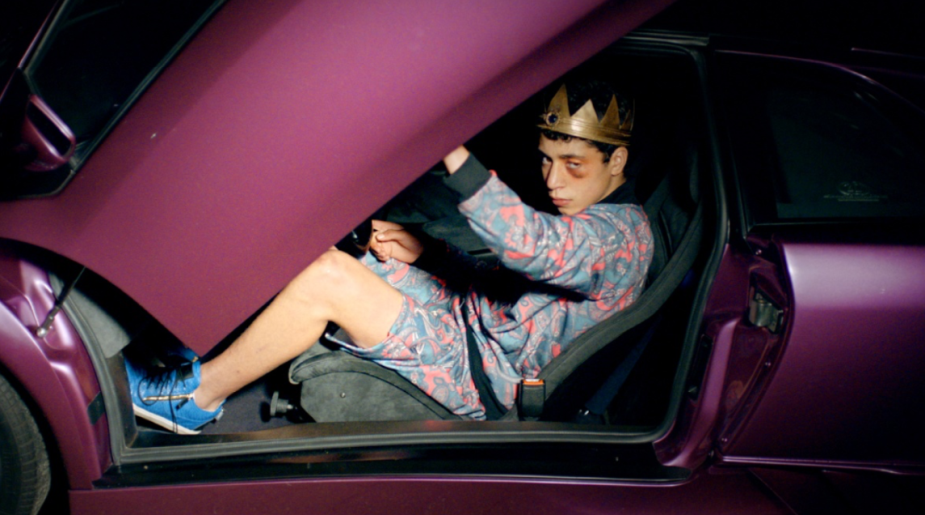 Q> Was there anyone or anything in particular who inspired you, within or beyond film?

Sam> I really liked the Cobra artist movement in the Netherlands. They were this small group of painters in Copenhagen, Brussels, and Amsterdam who always tried to embrace the inner child in their work. I’ve always found that very inspiring. Plus, I always felt attracted to Werner Herzog, for his spirit and his approach – enhancing reality and using it for himself. I also really like Paul Geusebroek’s work! 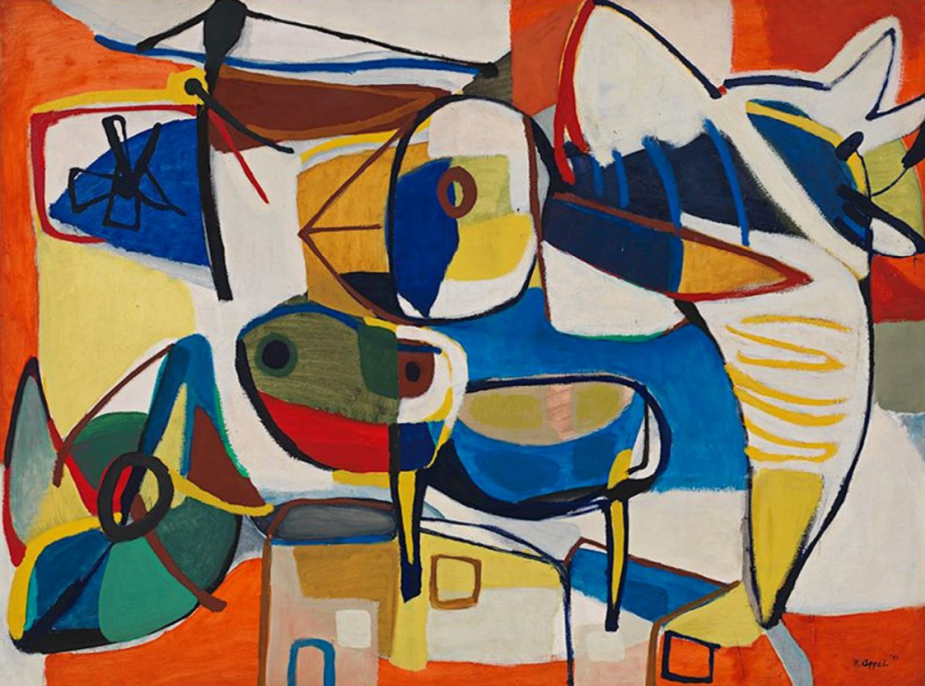 Big Bird Flying over the City by Karl Appel

Q> Your approach is really varied – how do you manage to morph into so many styles and forms?

Sam> I never want to repeat myself. In my narrative work, personally, I see how each film reacts to the other – there is a red thread through my work. Whereas, when you do commercials, you often start with an idea but it ends up getting watered down into something you never intended it to be.

Sam> I haven’t in a while. I have a love/hate relationship with advertising work.

For me, being creative is about feeling safe and secure, which I don’t always feel in the ad world – because I always have the idea that I have to sell myself. I decided that it doesn’t make me happy to be in that environment.

That’s why it’s great that HALAL started HALAL Studios to work directly with creatives and clients – because I’m more open to collaborations where they are looking for a director to build a project and a relationship from the start.

Q> What would it take for you to do more commercial work?

Sam> I prefer to be asked based on my own qualities, not on how well I can do a presentation – on my idea, not on how strong my pitch is. It’s a process that’s not conducive to creativity for me. What gets me excited is developing something together with a creative or a brand, with the primary goal to actually make something cool and original.

Q> Until then, what’s in the pipeline?

Sam> My latest feature, Met Mes, has been taking up most of my time. After previewing at IFFR, it releases here in the Netherlands on April 14. I can’t wait for people to see it! Once I’ve recovered from that, let’s see what comes next. 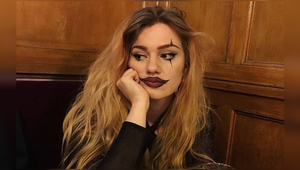 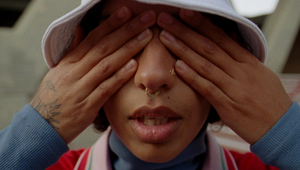 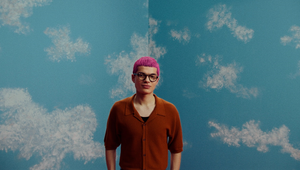 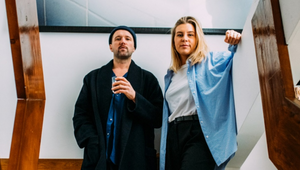