Trends and Insight 347 Add to collection 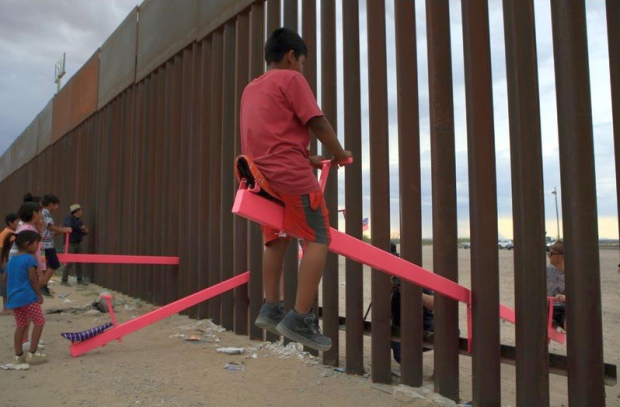 “There is no greatness where there is not simplicity, goodness and truth.” – Leo Tolstoy

There is probably a weird German word for it. A word for that strange feeling you get when you see an idea and it makes you happy and jealous at the same time. I looked at my phone screen and saw this picture. It is a picture of a see-saw that goes between the Mexican and American border. This simple idea lets children play with each other even though they are separated by an impenetrable steel barrier. Think of the anger. Think of the pain that exists on either side of that steel line in the sand. Think about the intelligence and heart that creates an idea that lets people have fun in that barren and unforgiving environment. An idea that does not break the law, but simply overcomes the law. An idea, that proves just how limited rules can be.

It was created by two architects, Ronald Rael and Virginia San Fratello. Their beautiful intention was to bring people together through design. As you may have guessed, I really like this idea. It has power, playfulness, humanity, humour and simplicity in equal measure. But most importantly, it has a gentle anarchy at its core. Great ideas like these have this essential creative point of view. There are no rules. Reject the world as it is or how others tell you to see it. Realise you have the ability to make the world the way you want it to be. And, it will be fun or at the very least, unboring. Gentle anarchy. This point of view can be scary for many. But without it, almost nothing will change or move forward. 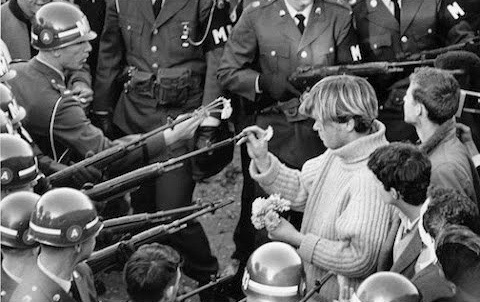 Transformation. Fundamentally, this is the super power creativity has. This was how the world was and, hey presto, now, this is how the world will be. It breaks patterns. It changes boundaries. It gives us new pictures. Instantly.

Nothing else does this. This is why creativity is so important. Many strong and brutal things can change the world but invariably there are casualties. Creativity takes the fear out of change. It can shift power effortlessly and elegantly. It can also make you smile in the middle of all the madness.

Creativity can change the world and nobody has to get hurt.