Creativity Flourishes When Interfaces Melt Away

The Influencers 206 Add to collection

INFLUENCER: UNIT9's Rosh Singh on brands that are taking big steps towards minimising the human/machine interface 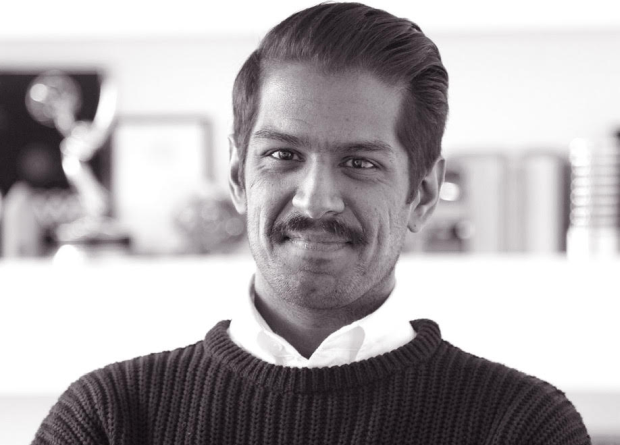 Elon Musk’s neurotechnology startup, Neuralink, recently announced its plan to create 'ultra-high-bandwidth brain-machine interfaces' that connect humans with computers by inserting tiny wires into the brain. Although the company’s ambition mainly lies in alleviating chronic health conditions, Neuralink signals a transhumanist future of human/machine integration: a place where – like it or not – brands will no longer need clunky interfaces to communicate with their audiences.

Although Neuralink’s proposition of integrating ‘brain-reading threads’ into humans (we’ve come to expect nothing less from a tech extremist like Musk) may feel too futuristic and dystopian to be an imminent reality, we have already taken big steps in minimising the human/machine interface: voice assistants are a more intuitive replacement to the tyranny of screens and Apple is on a constant mission to untether us through facial recognition, Apple Watches and AirPods.

It’s trajectory that’s set to continue. And this is good news for brands. Why? Because comms with genuine human emotion at heart are so much more creative and powerful without the interruption of a pesky interface.

Take WCRS’s Look at Me initiative for Women’s Aid, where an OOH site showed the face of a bruised and battered domestic violence victim. If passersby stopped and looked, the woman’s injuries faded. But if someone walked by, the image remained the same – a perfect analogy for how nothing changes when domestic violence is ignored.

Another embodiment of the principle of circumventing outwardly complex interfaces is W+K’s Reactland for Nike: a giant immersive video game where players trial Nike trainers by running on a treadmill to see themselves run in real-time as a personalised avatar in a Super Mario style world.

The common thread between both projects lies in cutting-out conventional interfaces by using hidden technology. In Look at Me, invisible facial recognition technology figures out whether someone is stopping and gazing or walking past. In Reactland, unseen synching technology links the runner’s treadmill performance to their speed in the video game.

In both cases the effect on the user feels powerful, perhaps even magical, because the experiences haven’t been interrupted by unnatural interfaces that remind people they’re in artificial scenarios. Instead, they use the intuitive actions of gazing and running to nurture a deeply affecting connection between brand and consumer.

The peak-end rule in behavioural economics states that our perception of an experience is dominated by two moments: the peak of most stress, and the end point of an experience. When technology is an awkward part of a user experience, the peak moment of stress often comes from putting on cumbersome VR headsets, controllers and haptic vests. And the end part is having this heavy-handed technology removed. When brands invest in unforgettable experiences, these should not be the two moments that linger the most in users’ minds.

So the key to using bleeding-edge technology lies in disguising it within the narrative. A case in point is HBO’s Game of Thrones Arya Sword Experience where GoT fans could augment projections of their profiles using a replica of Arya’s wooden training sword to slash and augment their images. The genius here is that rather than opting for something like a gaming controller to augment images, the interface mechanic was disguised as a low-tech wooden sword that felt completely at home within the narrative.

The way humans have interacted with machines has stayed relatively unchanged throughout the years. Sure, touch screen devices gave birth to more intuitive, drag n’ drop, swiping interfaces; but it remains an evolution, not a revolution. Whereas Neuralink-style human/machine integration is a giant leap. Regardless of whether this terrifies or excites, there’s no denying that tech-led comms are so much more creative and evocative when played out without invasive screens and clunky interaction mechanics. So let’s not hold out for our transhumanist future before doing away with the in-yer-face interface.

Rosh Singh is MD of UNIT9