Creativity Beyond Advertising: Find Out What Gets Ireland's Creative Juices Flowing 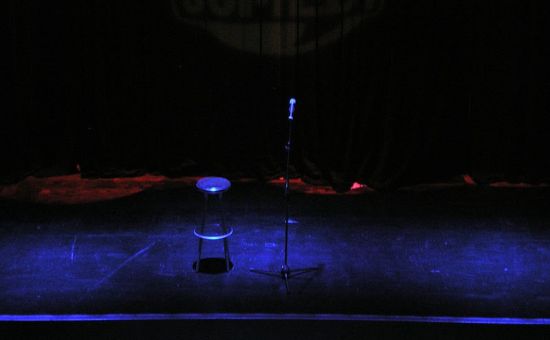 “As a copywriter, I find it fascinating how writing style varies between countries. The economy of US writing, the cynicism of UK writing, the fun bluntness of Australian. Irish people use language in a colourful and very inventive way, and that is starting to find its way into our ad work,” says Irish International ECD Dylan Cotter when considering what it is that makes Irish advertising unique.

Boys and Girls’ Rory Hamilton puts it more bluntly. “What makes Irish creative unique?  [We’re a] Nation of storytellers, bloggers & bullshitters. A lack of budgets has made us think more creatively about the opportunities we get and work harder to find new ones. I think there's an irreverence to the humour in Irish work. We are a cynical nation, quick to take the piss out of anything po-faced of portentous.”

However you spin it there’s something about Irish culture that cultivates a very particular kind of creative instinct – it’s observant, smart, full of humour and it loves to tell a story. And it’s a creative instinct that seems to chime with audiences the world over. The country has had a global impact in literature (James Joyce, Oscar Wilde… Roddy Doyle), music (U2, Thin Lizzy, Hozier, The Divine Comedy… the list is endless), theatre, comedy, fashion and more.

To understand what makes Irish creative tick – and appreciate just how powerful it can be – it’s important to look beyond the realms of advertising. And while the old classics are fairly obvious, contemporary Irish culture is dynamic, exciting and reflective of the optimistic mood in 2015. That’s why we reached out to find out what local gems inspire the country’s advertising community.

Writers like Beckett, Flann O’Brien and Joyce played with language in such cool ways and that continues to inspire. Graham Linehan – who wrote Father Ted, the IT Crowd and Black Books – takes that same colourful approach to language and ideas, and his work has definitely had a massive influence on Irish advertising too. Lots of Irish comedians work in that same vein – Dylan Moran and David O’Doherty in particular.

Street art boomed in Ireland during the recession. To begin with, it was kind of ‘tolerated’ as a way of turning derelict sites into something less bleak. Since then it’s been taken on board by people as a really powerful art form. The work of Maser, in particular, has driven that. And while it’s not strictly storytelling, it tends to be topically driven and is more acceptable and less abstract than a lot of other art.

Ireland’s music scene is so rich at the moment, across lots of genres. Picking faves is so subjective, but for me people like Conor O’Brien (aka Villagers), Lisa O’Neill and Jape are original and inspiring.

The case we always talk about in this regard is the story of Father Ted. Great storytelling and a fresh contemporary take on the twee Irish traditional society. It couldn’t be sold to local broadcasters. It needed an international market and international commissioners to see its value.

Trying to sell the same level of irony that flips heritage into contemporary culture is impossible with local clients that look to overseas for contemporary inspiration. This leads to derivative work rather than fresh local originality.

Waterford Whispers News is a world class satirical website – in our opinion it’s funnier than the Onion. Ireland has a rich history of satire and the current crop is no exception.

Irish Design 2015 is also making waves internationally, curating talent in Irish design this year with a view to bringing it to a worldwide stage.

“Storytelling to look out for: current Irish Authors with a unique voice like Kevin Barry, Paul Murray, in the mould of Kavanagh, Joyce and Yeats. Comedians like Tommy Tiernan, Maeve Higgins, Dara O’Brien. Songwriters: James Vincent McMorrow and Villagers all provide a different approach to what it means to be Irish. And finally, read the City of Bohaine by Kevin Barry. Like Joyce, it’s not easy to digest but it is uniquely brilliant.

“I think the Irish cultural heritage gives our music, literature and comedy a bravery that is lacking in Irish Advertising. Our other creative works are undeniably Irish and all the better for it. Too much of our advertising is like UK work, but produced on a much worse budget. We need to celebrate the things that make us creatively different and be more daring when it comes to producing work for brands.”

One observation I’d make is about the Irish heritage with humour and particularly humour of the anarchic variety. From Jonathan Swift, to Beckett, Flan O’Brien and even Father Ted, there’s a refusal to obey rules and a joy in defying conventions, just for the sheer hell of it. An Irish academic, writer (and former lecturer of mine), Declan Kiberd, describes this phenomenon brilliantly as ‘anti-novel’. (Kiberd’s ‘Investing Ireland’ is a big but readable read and as good a tour of this area as you’re likely to get.)

Check this out from Colm Keegan – he’s Ireland’s fastest growing poet. Love him….he is inspirational, and so not what you would expect.

Everything we absorb around us influences the advertising.  Advertising is only a reflection of our society.   Sometimes we all rush in the advertising world to jump on the bandwagon of the latest trend.  And sometimes, in advertising, given our heads, we influence society.   It’s a two way street.

A lot of people don’t like to admit that…