Creativity and PR – How to Make Things Happen

The best idea in the world may as well not exist if nobody gets to see it, says W Communications' UK CEO Adam Mack 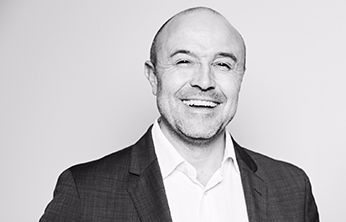 There has never been more campaigning - from the environment to #metoo, problems are being fought for at a level that has never been seen before. But is it making any difference? Brett Kavanaugh was appointed, global warming appears unstoppable and plastic has made it to even the most remote islands and seas in the world.

When cause-led campaigns that are fought so hard for consistently fail, it is a scary and depressing time. This, coupled with the culture of fear that has arisen off the back of online abuse and trolling, means that you could be forgiven for wondering what the point is in standing up for the things you believe in. If you are unlikely to achieve change and may receive death threats as a result, is it worth sticking your neck out? The head of HMRC received death threats “for speaking truth unto power about Brexit” and trolling by groups such as Momentum demonstrate just how severe this issue is.

One of the causes of cause-led campaign failure is the transience of news in the 21st Century. Issues arrive quickly and are forgotten even faster. The connotations of this transience for the communications industry are concerning. How does a brand or an agency coordinate a long-term campaign at a time when media consumption has never been more sporadic, continuously varied and the public so fickle and of such short memory?

The answer is an omni-channel, integrated approach that has a clear, unambiguous goal.

Earlier this month, the UK government created a completely new ministerial position and Jackie Doyle-Price was made the suicide prevention minister. What spurned the creation of this position? A campaign running since March, called Project 84, that called for the general public to sign a petition. Whilst this may seem simple on the face of it, it can and should be used as a case study for campaigns across a variety of sectors in the future looking to drive change.

The petition was launched by mental health charity Campaign Against Living Miserably (CALM), and spearheaded by Matthew Smith, who tragically lost his own brother to suicide years ago. It was able to deliver and drive change at the highest levels of office due to collaboration and planning across different types of communication.

Creativity builds the foundation. The campaign and petition was launched in tandem with creative output by adam&eveDDB for which there cannot be enough praise. They placed 84 statues on the edge of the roof of the ITV building – one for every man that commits suicide in the UK a week – with each of them not only representing a real person, but made by those bereaved by their suicides, in partnership with artist Mark Jenkins. It was risky, brave and, visually, spectacular. It has since garnered widespread praise and critical acclaim winning two Gold Lions, four Silver Lions (two of which were in the PR Lions) and one Bronze Lion at Cannes. With an idea this powerful, the foundation was set for a strong impact.

However, for all of adam&eve’s brilliance, the idea would have fallen at the first hurdle were it not for relentless and successful PR work to get the nation talking. It would not have received the international media coverage that it did without (agency plug klaxon) the work of the PR team. Project 84 sought to raise awareness and drive signatures of a petition. Had it not reached a wide audience, it would have been pointless. The same goes for other cause led campaigns. Creativity must be supported by PR work – and vice versa. The adage of “if a tree falls in an abandoned forest, does it make a sound” comes to mind; the idea could be the best idea in the world but if nobody gets to see it or read about it, it may as well not exist. Media coverage across television, social media and traditional newspapers ensured that as many people as possible were exposed to the impact of the idea, ultimately driving sign-ups to the petition. CALM’s work is absolutely vital, and that’s why in our industry we should be more committed to supporting what it stands for. Project 84 has been a direct driver of this week’s news straight out of Number 10, and that’s the first step towards saving lives, and bringing down the shocking stat that some 6,000 people take their own lives every year. And let’s not forget, three in four of those are men, so there’s some serious cultural work still to be done around empowering them to seek support. Our job has just begun.

Whilst this was a cause-led, charity campaign, the learnings from it can be applied to any sector. The symbiotic relationship between high quality creative and successful PR is undeniable: PR is required to get the idea seen by the consumer, and a good idea is far easier to PR. The need for an integrated approach to communications has never been greater and to ignore the importance of either of these two processes is to do your business a disservice. When they’re combined, they can change decision-making at Number 10, and if it can do this, it sure as hell can get money from the pocket of the consumer and into the pocket of the business to drive real change.