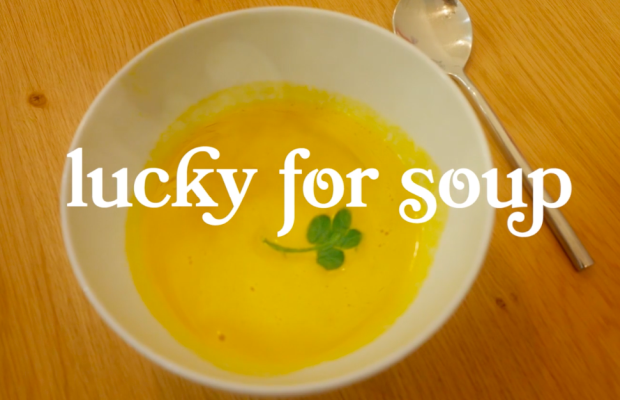 It's Christmas time, so that can only mean one thing - Adland's charity soup off, and this year organiser Mickey Brooks has bought in The Evening Standard's highly esteemed restaurant critic Fay Maschler and owner of the Michelin starred Pied A Terre restaurant, David Moore to join LBB Global Editor Laura Swinton, JWT's Danny Bayliss and self confessed soup-obsessive Charly Massey.

The promo film features a specially created hip hop track with the lyrics written by Mickey Brooks, recording artist Gizzurk and track created by Mcasso music. With a cast of adland's very finest actors, the story focusses on the unlucky, or could it be lucky number 13.

Now in its 13th Year, the great and the good of the London creative community from the likes of BBH, The & Partnership, Red Brick Road, Smoke & Mirrors and Wunderman Thompson get together at the Sutton Arms, EC1 with the hope of winning the coveted golden ladle award. All proceeds from entrant fees, donated barrels from the brewery and industry donations go to Create. A UK charity which harnesses the power of creativity to help society's most disadvantaged people.

All donations are gratefully received, and the Virgin Money Giving page is here.