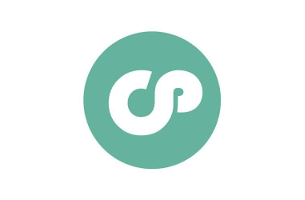 The excitement growing around this year’s Annual Shortlist is a reflection not only of the global creative talent found on Creativepool, but in the creative industries as a whole, particularly in a time when creativity is needed more than ever before. The People's Choice competition also offers a unique angle to the competition by providing the whole creative community the chance to let their voices and their opinions be heard – allowing them to be considered outside of the normal conditions of creative award judging panels.

The Annual 2017 shortlist is all about big ideas. As such, the Shortlist this year features a wide range of talent from agencies and individuals from around the world such as; SapientRazorfish, Publicis Brasil, TBWA\Chiat\Day NY and more. The Annual has expanded greatly this year with a total of 33 different categories, meaning there is more scope than ever before for creative agencies and individuals to get their work acknowledged and celebrated this year.

This year the mightiest agencies, leading influencers and the most promising newcomers from across the global community will battle it out to be crowned top in their respective fields in 2017’s Creativepool Awards, which are to run in conjunction with the Annual. The Awards celebrate the people who have changed the game, blazed trails, and caught our attention in a busy creative world and this year sees three additional categories; Small Agency of the Year, Independent Agency of the Year and Emerging Agency of the Year. In each category there will be one winner chosen by the judges and one by the people. Creativepool will also acknowledge the Best Place to Work across Agencies, Brands, and Recruitment Agencies.

By assembling a panel of 165 leading industry judges, from 22 countries, Creativepool’s mission has been to bring together a global and diverse group from both the agency side and the client side. The panel is highlighted by representatives from renowned companies including: Bloomberg, Bupa, Deluxe, Facebook, FCB, Getty, Guinness World Records, IKEA, Ogilvy, Phaidon, Publicis and Saatchi & Saatchi.

You can view this year's judges here.

People’s Choice voting is now open until midnight on Friday the 17th of February. Creativepool members can vote quickly and easily simply by hitting “VOTE” underneath the project or person they wish to claim a place in this year's Annual.