In the first of his Creative with Character columns, Born Licensing owner David Born takes a look at how advertisers are tapping into nostalgia 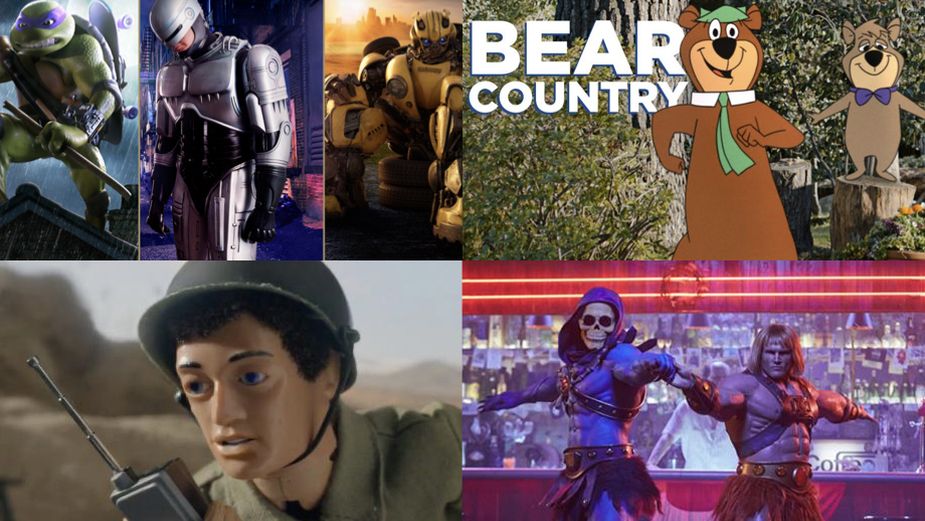 Think back to your childhood. If you were as lucky as I was, you had access to a TV and watched loads of cartoons.

If you grew up in the '70s you probably at some point watched The Flintstones, Looney Tunes and The Pink Panther.

For those '80s kids perhaps Masters of the Universe, Care Bears and Teenage Mutant Ninja Turtles

And kids of the '90s it could have been Rugrats, SpongeBob SquarePants and Rocko’s Modern Life.

Being born in 1986 meant that I was given a Care Bear as a baby (the Swiftheart rabbit) and enjoyed cartoons from around the late 80’s to early 90’s. For proof, here is a totally not embarrassing photo of me with my Care Bear.

Fast forward 30 years and like other people in their thirties I’ve been making some big life decisions. In the last few years I’ve chosen a mortgage provider, purchased a new car and weighed up various insurance policies.

These are all areas in which characters have been used in advertising in an effort to evoke nostalgic feelings.

In 2016 Halifax kicked off a series of commercials with nostalgic fictional characters, starting with Top Cat. According to YouGov BrandIndex, Top Cat helped Halifax significantly increase their Ad Awareness Rating. 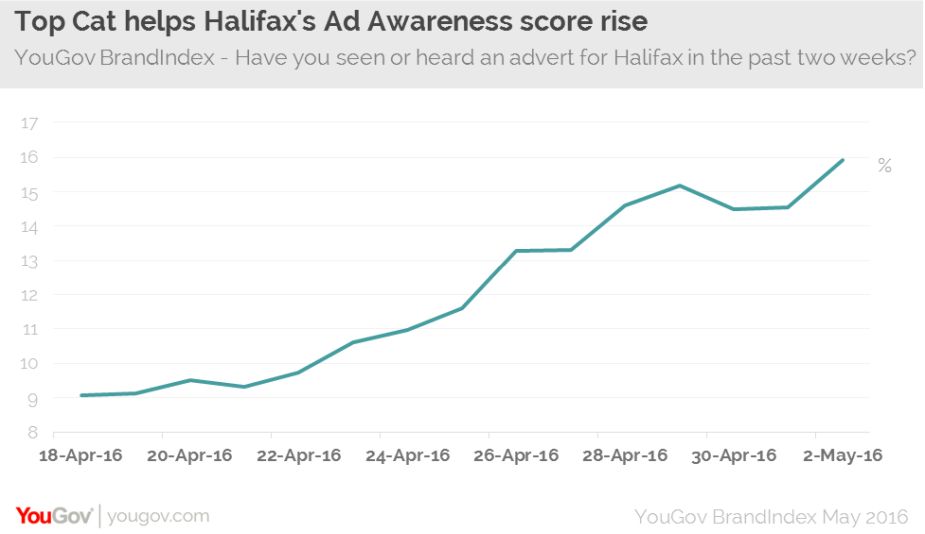 The success of this led to Halifax incorporating other nostalgic characters into their advertising including The Flintstones and Scooby-Doo, then Thunderbirds and finally The Wizard of Oz in 2018.

In 2017 Moneysupermarket.com launched a campaign with Masters of the Universe characters Skeletor and He-Man. Six months later they dialled up the nostalgia by bringing the characters back to recreate the iconic dance to Dirty Dancing. That spot in particular generated millions of views in a matter of days and resulted in revenues rising 6%.

The brand went on to launch a spot with Action Man dancing to CeCe Peniston’s ‘Finally’ and another with two Sindy dolls recreating iconic moments from 1991 film Thelma & Louise.

Insurance brand Direct Line has been no stranger to leveraging the power of nostalgic characters. In 2014 Pulp Fiction character Winston Wolf starred in what would be a string of adverts that would feature the character for almost 6 years. It was a huge success for them, amongst many other accolades picking up 2 IPA Effectiveness Gold Awards.

In 2020 Direct Line tripled down on this strategy, launching their new ‘We’re On It’ campaign starring characters RoboCop, Donatello from Teenage Mutant Ninja Turtles and Bumblebee from the Transformers franchise.

​All three characters have serious nostalgic appeal, as they were first introduced into the world in the '80s.

Nine months after the launch it was already 20% more effective than the successful Winston Wolf campaign at driving sales.

Across the pond, insurance brand GEICO have been embracing nostalgia for years. They’ve worked with more characters than we can name here, but some include Looney Tunes, Casper, Rocky and Bullwinkle, Dora the Explorer and most recently Yogi Bear and Boo-boo.

Why are all these advertisers using such fan, cartoon characters to promote quite serious ‘grown-up’ products and services?

One factor is that generally what they have to offer is not something that excites people. People don’t get enthusiastic about finance or insurance. So, advertisers need to market in a way that is attention grabbing, entertaining and memorable. This often means celebrities, popular music, sports stars and of course famous fictional characters.

As for characters specifically, the nostalgia muscle they bring is very appealing. Characters from previous generations can tap into existing emotions, reminding consumers of what they now perceive to be an easier and simpler time.

It’s not just happening in advertising. Nostalgia is being leveraged everywhere we look. This year alone has seen (or will see) the release of film franchises that haven’t been active for decades such as Coming 2 America (launched on March 5th) and The Matrix 4 (December 22nd).

The same is happening in TV, with a range of popular series making a comeback including Sex and the City, Dexter, Bewitched, The Jetsons, Rugrats and Frasier.

In fashion too, nostalgia is in the air with retailers such as H&M filling their rails with Friends t-shirts and jumpers. High fashion too has embraced nostalgia. Earlier in the year Moschino launched a '90s influenced range featuring Sesame Street characters inspired by, as Elle magazine writes, “our collective desire to return to a more innocent time”.​

The appetite for re-connecting with those friendly and familiar faces from our favourite childhood shows is clearly there and I expect advertisers to continue to find ways to tap into the power of nostalgia. In fact, I wouldn’t be surprised if we see a sizeable increase over the coming years.

David Born is is owner of Born Licensing 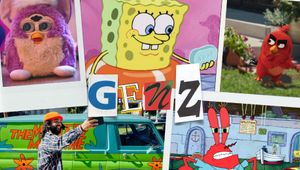 Looking to Reach Gen Z? You Need the Help of Spongebob