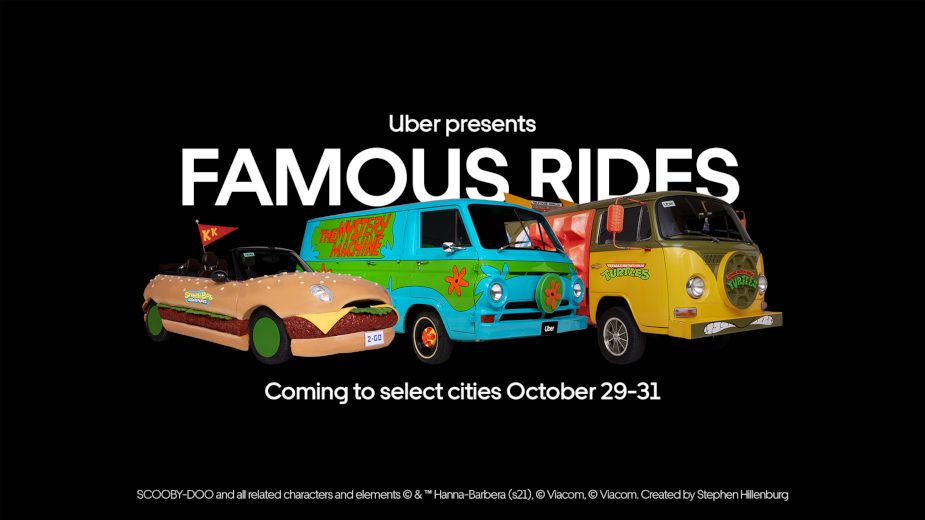 Over the past few months, we’ve been working on a super cool project for Uber. Halloween is always one of the busiest weekends for Uber Rides, so this year they’re going all out and are dressing up as famous rides for Halloween weekend!

Lucky Uber riders in Miami, LA, and Atlanta will have the chance to arrive at their Halloween parties in style! The ‘Famous Rides’ are SpongeBob SquarePants’ Patty Wagon, Teenage Mutant Ninja Turtles’ Party Wagon, and Scooby-Doo’s Mystery Machine. The Rolls-Royces of animated cars! Born Licensing loved being involved in this fun campaign featuring IP from our favourite animation shows.

It got us thinking about how characters have been used in past Halloween advertising.

Some of the most recognised characters in movie history have been from horror films. Hannibal Lecter, Freddy Krueger, Pennywise, Chucky….try as you might to forget them, they’re engrained in our cultural memory!

There’s only so much fright you can get from a generic zombie or mummy. If a brand really wants to make an impact, investing in a famous character will make a Halloween campaign all that more memorable and unique. With our love for horror films, Halloween is a great opportunity for brands to not only draw on pop-culture but to create pop-culture moments.

Let’s take a look at some of the best examples of Halloween adverts with famous fictional characters. 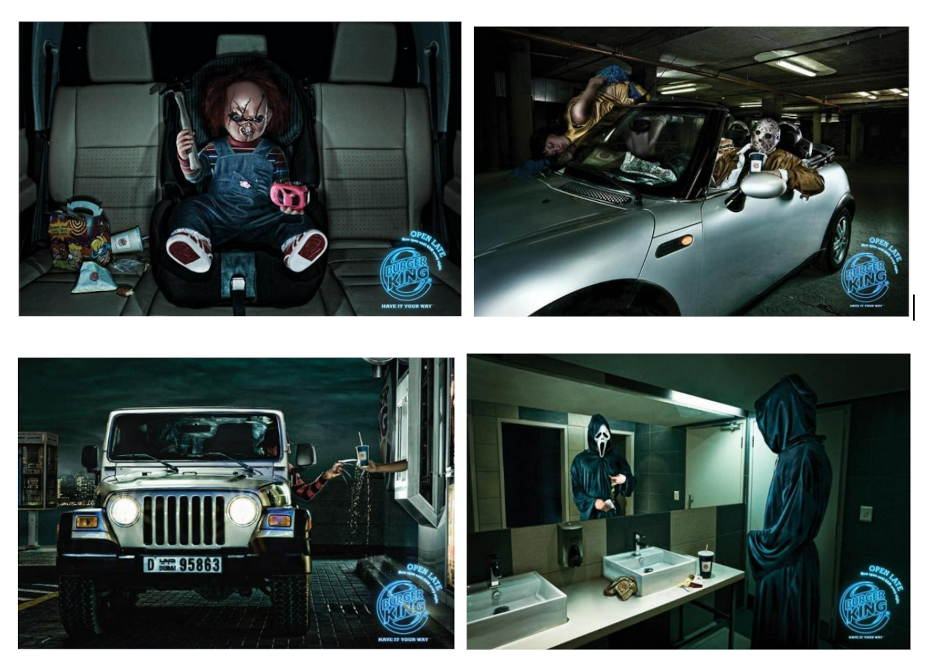 Ever wondered what super villains do after a hard night’s work? In 2010 Burger King’s creative agency Tonic, Dubai hired some of the scariest characters in town to promote the chain’s late night opening hours. The Out of Home campaign brought together horror icons Chucky (Child’s Play), Freddy Krueger (Nightmare on Elm Street), Jason Voorhees (Friday the 13th), and Ghostface (Scream). Each shot craftily brings together moments of horror and comedy -whether it’s Freddy piercing his drink with his famous blade glove, or Chucky ready to destroy the free toy he got from his Happy Meal.

The 2020 Super Bowl spot for MTN Dew saw Bryan Cranston take on The Shining, recreating iconic moments from the horror classic with a MTN Dew twist! Within the film we see Cranston become the creepy twins, we see green MTN Dew liquid ooze through the corridors, and of course we see Cranston’s comedy take on the famous ‘Here’s Johnny’ scene. Rolling Stone, Lad Bible, Daily Mail are just some of the consumer publications that covered the story. Leveraging this kind of premium IP is almost a failproof way of getting people talking about your brand.

There are different ways to approach entertainment IP licensing. Referencing film characters can be just as impactful as featuring the characters themselves. In this cinema campaign by Volkswagen we see firefighters stationed at the home of the Ghostbusters New York building. The firefighters are regularly accosted by Ghostbuster super fans who turn up in full costume keen to get pics of the iconic building. The hugely entertaining film launched in time for Halloween back in 2010.

We’re going back into the archives again with this 2011 spot for vacuum brand Dirt Devil. At the Born office we genuinely had to watch this behind a cushion – it’s that creepy! Adweek described it perfectly as a ‘hellishly good parody’ of The Exorcist. Within the film we see what appears to be a woman possessed by some sort of evil spirit - only to discover that it’s just the super strong suction from the upstairs neighbour's Dirt Devil vacuum which is levitating her! Ridiculous and hilarious. Another great example of leveraging spooky IP from iconic horror movies to make an impact!