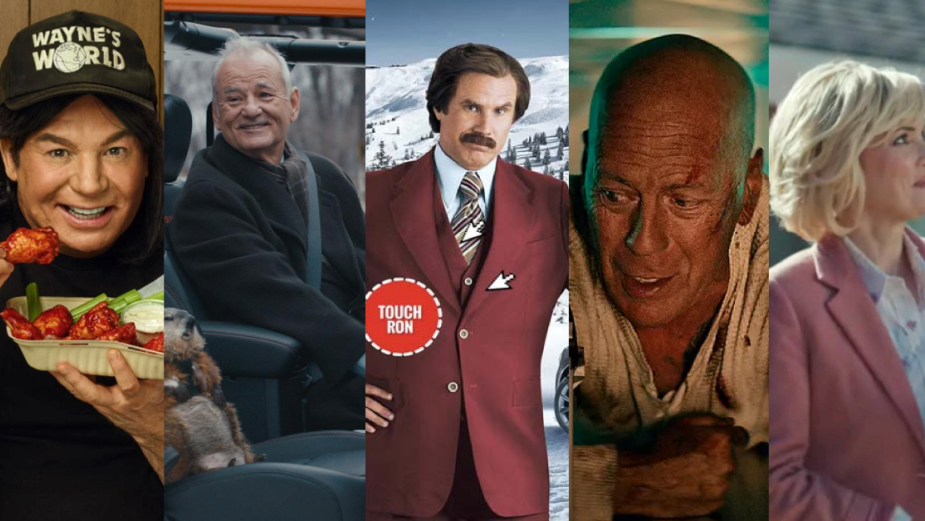 It’s always big news when a celebrity steps back into the shoes of a famous character they’re known for playing - even if it’s just for an advert.

Getting original talent on board to reprise a role they’re most known for might be a daunting task, especially if you’re dealing with A-List celebrities (licensing fees for film/TV IP must be paid in addition to talent fees), but it’s almost guaranteed to pay off. There’s a reason why Super Bowl spots have leveraged this technique again and again. Advertisers have the chance to not just use pop-culture but to create their very own pop-culture moment that really gets people talking about their brand.

In our white paper, A Case for Characters, we discovered that 78% of the UK public say that Wonder Woman would be more likely to capture their attention in an advertisement than her celebrity counterpart, Gal Gadot. Our research indicated that consumers prefer fictional characters to real people: 38% of the UK public stating that they ‘most like’ to see fictional characters in advertising, compared to 22% favouring celebrities, 22% favouring musicians and 18% favouring sports stars.

Traditional celebrity endorsements can be hugely impactful but combining celebrity talent with loved film and TV characters often adds a nostalgic emotional layer as well as a surprise factor that really makes campaigns stand out.

Bill Murray as Phil Connors from Groundhog Day for Jeep

With no agent or no publicist Jeep and their agency Highdive pulled off a small miracle by getting Murray to reprise his role as Phil from Groundhog Day 27 years after the film’s release. Despite the challenges, (a company spokesperson said they didn’t finish shooting the ad until a week before the Super Bowl) the 60-second spot was a huge success that was covered by just about every consumer publication you can think of (Rolling Stone, CNN, The Hollywood Reporter, Daily Mail, Esquire, Metro, LADbible, NME etc.) and was named #1 ad on the USA Today Ad Meter 2020.

Winona Ryder as Kim Boggs from Edward Scissorhands for Cadillac

In this 2021 Cadillac Super Bowl spot by Leo Burnett Winona Ryder reprised her role as Kim to continue the story of Edward Scissorhands. Stakes can be high when it comes to touching such loved properties with devoted fans naturally feeling protective. Luckily fans loved it and the commercial even got a stamp of approval from Tim Burton: “It’s rare when a work you’re proud of continues to live on and evolve with the times, even after 30 years,” he said in a statement. “I’m glad to see Edgar coping with the new world! I hope both fans and those being introduced to Edward Scissorhands for the first time enjoy it.” The press coverage for this spot amongst industry and consumer publications was vast including a special editorial for Vogue.

Perhaps one of the most epic come backs on this list has to be Bruce Willis reviving his iconic role of John McClane from Die Hard for Advance Auto Parts in 2020. Only an epic spot would do for one of the most loved characters in actions movie history and Advance Auto Parts’ agency, The Marketing Arm, certainly came through with this 2-minute cinematic film promoting DieHard batteries. In a statement Bruce Willis said:  "Advance approached this like a motion picture—the script is clever, the production intense and the spot is entertaining. This is what Die Hard fans expect. I think they will dig the DieHard–Die Hard mashup." The US commercial made headlines internationally with leading mainstream publications covering the story.

In this 2018 spot Google reimagined one of the most popular holiday movies of all time. The 60-second spot by Arts and Letters Creative Co sees Macaulay Culkin reprise his role as Kevin, parodying classic scenes from Home Alone with a modern twist thanks to Google Assistant. Thirty years after the film’s release the internet went into overdrive with fans praising Macaulay for ‘saving 2018’. Industry and consumer publications covered the story with Cosmopolitan calling it “a Christmas miracle!”

Walmart’s 2020 ‘Famous Visitors’ Super Bowl spot by Publicis featured characters from Arrival, Toy Story, Men in Black and Star Wars. Perhaps one of the most unexpected appearances was young Bill from Bill & Ted meeting up with ‘future Bill’ played by Alex Winter. The Super Bowl LIV attracted 102 million viewers and the extended cut has received over 21 million views since launch. As MGM’s licensing agent Born Licensing managed the licensing of Bill & Ted’s Excellent Adventure on behalf of MGM without charging Walmart or Publicis any clearance fees.

Mike Myers and Dana Carvey return as Wayne and Garth for this tongue-in-cheek commercial alongside rapper Cardi B to encourage viewers to ‘eat local’. The team behind the spot explained why they chose to revive Wayne and Garth for Super Bowl LIV: “The beauty of Wayne and Garth is that they cross several generations because they’re so likeable and fun. While younger audiences may not remember Wayne & Garth, they will get a true glimpse into a duo that was a significant part of late ‘80s and early ‘90s culture. Plus, we have the amazing celebrity cameo of Cardi B so the viewers get nostalgia mixed with modernity” (Little Black Book).

Will Ferrell as Ron Burgandy from Anchorman for Dodge Durango

In a genius move Dodge Durango cast Ron Burgundy as their car salesman for a series of hilarious spots that saw Will Ferrell reprise his role almost 10 years after Anchorman’s release. The commercials racked up more than a million views on YouTube. As Business Insider highlighted at the time, as well as being hilarious and popular – they were also hugely effective reportedly leadings to a soar in sales: “According to a recent YouGov BrandIndex survey, there was a noticeable uptick in Dodge's buzz score, purchase consideration, and word of mouth ratings after the commercials first aired on October 5.” 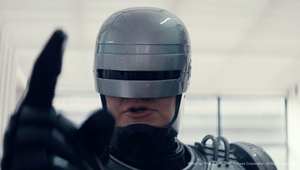 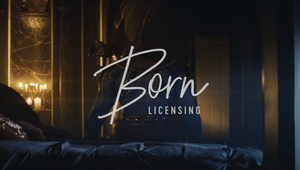 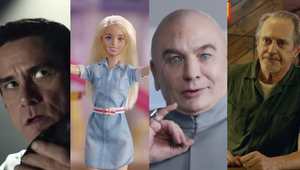 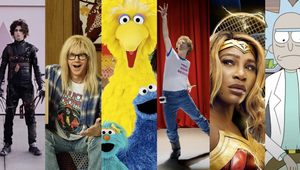 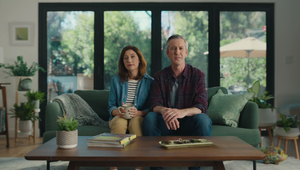 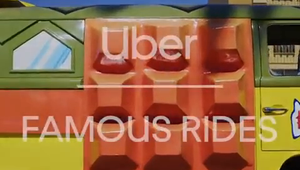