Sagar is collaborating with Splice on new series of 'America Unearthed' 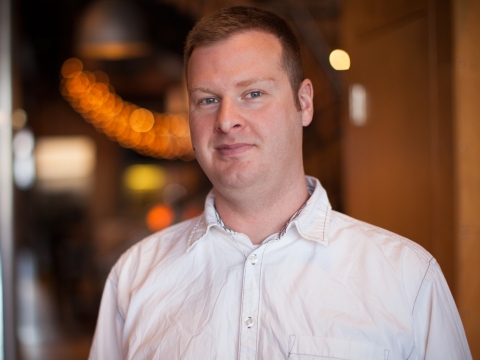 Creative studio Splice continues to expand its visual effects team by welcoming VFX Supervisor Andrew Sagar to the company. Last month, Splice celebrated the launch of the newest season of the original documentary series “America Unearthed,” which features visual effects by Splice. Created and produced by Committee Films, “America Unearthed” has become the #1 series of all time for The History Channel’s H2. Sagar is collaborating on the new series and other projects for Splice. Sagar’s talent expands the visual effects capacity of Splice, as the company continues to grow its feature and episodic television visual effects team.

“Splice has always thrived on project diversity, so when we were looking to augment our visual effects team, we knew the ideal candidate needed to be versatile,” explains Splice Partner Barb Condit. “We instantly saw that Andrew fit the bill. His wide scope of work in commercials, music videos, and feature films gives him the kind of perspective that’s necessary in today’s multi-format environment.”

“Film and video production is tricky in that form and function need to integrate seamlessly,” continues Condit. “It takes a unique personality to bridge the gap between the two, and Andrew excels at this. His extensive supervisory and production management experience ensures smooth project execution from start to finish.”

VFX Supervisor Andrew Sagar brings to Splice extensive experience at visual effects studios across the U.S. and internationally. His most recent position was as a Senior Compositor at Scoundrel VFX in New York. Prior to that, he was VFX Supervisor at World Wide FX in Shreveport, Louisiana, where he managed a team of 40 artists and support staff, working on such feature films as “The Texas Chainsaw Massacre 3D,” “The Expendables,” “Home Front,” “Olympus Has Fallen,” and “Conan The Barbarian.” Prior to World Wide FX, Sagar served as Senior Editor/VFX Artist at Precinct 13 Entertainment in Crestline, Ohio, where he collaborated on commercials, music videos, and feature films. Sagar earned a degree in Digital Film at DHIMA Institute of Media Arts in Santa Monica, CA.

“I am very excited to join the talented team here at Splice,” says Sagar. “Their willingness to take on any challenge, as well as their openness to new ideas is very refreshing. The flexible pipeline, innovative custom, in-house VFX tools and well-rounded team members are just a few things that made me eager to be part of the growing company. I always try to push the artistic and technical limits of my team. I draw on the strengths of each member to create a group that can overcome any obstacle put in our way. The people at Splice are doing leading-edge work. It will be fun to push the artistic and technical boundary of each and every project,” adds Sagar.

“The great thing about Andrew is that he not only possesses the skill to create stunning work, but he also has an innate talent for managing large teams and mentoring less experienced artists,” concludes Splice VFX Artist Ben Watne. “We look forward to the inspiration that he’s sure to bring to the team here.”

In addition to “America Unearthed,” Splice is collaborating with Committee Films on a show for Travel Channel entitled “Top of the World,” hosted by international journalist and adventurer Mikey Kay; a new monsters and mythology series for H2; an exciting new docudrama for ABC; and a number of television shows and specials for various other networks.