The Sustainability Channel 140 Add to collection 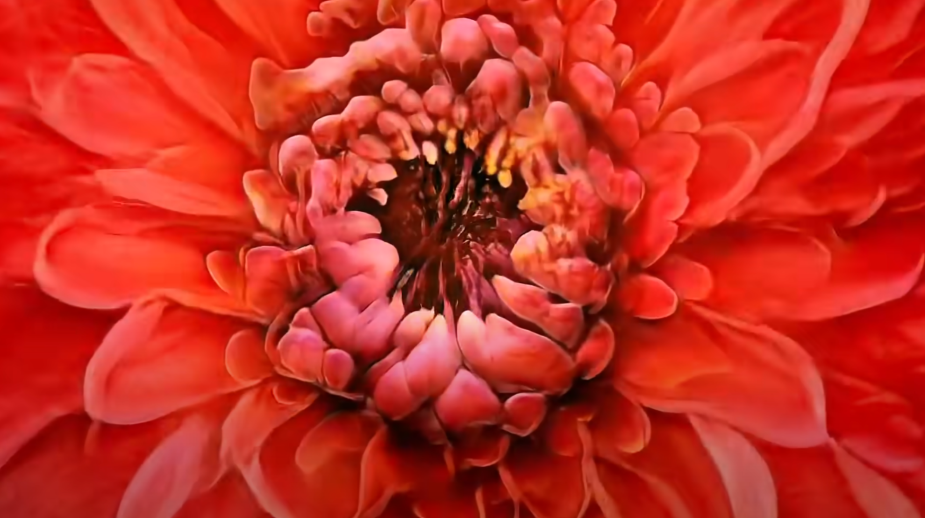 When you think of artificial intelligence, do flowers come to mind? How about forests, leaves, trees or waves? If the concept of the natural world doesn’t automatically conjure up ideas of machine learning, robotic scriptwriting programs or optimisation algorithms, then Beko’s “Connections” may change your mind.

That’s the title of a new, sixty-second global digital spot for the European appliance brand Beko that was created and produced by Seyhan Lee, the year-old hybrid creative studio that specialises in the creation and application of AI motion pictures. Founded by visual artist Pinar Seyhan Demirdağ, who serves as creative director, the studio is in the position of carrying the nascent discipline of artificial intelligence into the world of the moving image.

'Connections' represents its first major commercial project for a global marketer. Directed by Gary Koepke, co-founder of the iconic ad agency Modernista! and an award-winning designer and filmmaker, the spot was written by advertising heavyweight Ernie Schenck and shot in Utah and Florida late in 2020.

Once live action had wrapped, Demirdağ, and her team went on to craft a film that supports the concept of sustainability by translating it, if you will, into what she calls 'generative' imagery, created by artificial intelligence but curated and controlled by humans.

The resulting sequences are at once abstract and surreal yet oddly familiar. They’re unlike anything seen before, whether in such genres as traditional cel animation or cutting-edge CGI.

'Connections' opens on a windswept salt flat, with an expansive view of nothingness. We see a woman in flowing clothes, standing at a distance. Our camera zooms in on a close up of her face as the voiceover beings. “When did we decide that we were above it all,” the narrator asks, as the woman pivots and twirls in a dance motion. As she does, her hair morphs into an abstract view of tall wheat, undulating in the breeze – which is our first glimpse of AI in the spot.

From there, we alternate between live action and AI-generated scene inspired by, and corresponding to, the voiceover. “We are every blade of grass, every flower, every breaking wave, every leaf,” says the narrator, as a succession of transitions occur showing us AI-created images of flowers blooming, sea shells, crashing ocean waves and a leaf whose veins morph quickly into bolts of lightning, a canopy of tree limbs, the veins in a pair of human lungs, a fingerprint and finally a rain-specked spider web. 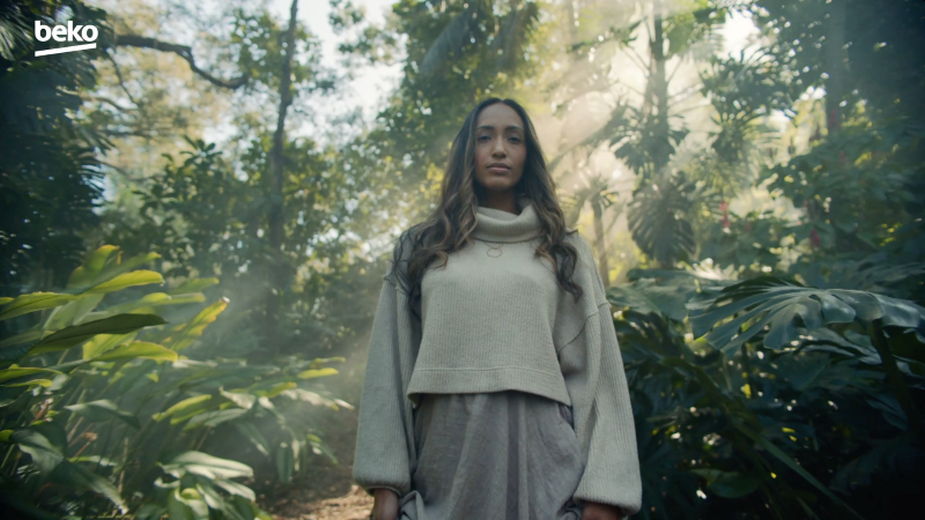 All the while, our earth mother heroine, seen at the opening of the spot, has now arrived in a lush jungle, and as we follow her along a trail, the voiceover concludes, “What happens to one, happens to us all.” The spot closes with a call to action directing viewers to a special Beko web site.

The project came about when a senior executive at Beko parent company Arçelik learned about Demirdağ and her work with AI. A multidisciplinary visual artist by background, her work with the budding technology had attracted the attention of Google, and she had begun to partner with the company to experiment in ways in which AI could lend itself to visual films and what she calls creating a “quantum reality.”

“One of most wonderful things about AI Motion Pictures is that AI does not make a difference between objects, as people do,” Demirdağ explains. “Humans see and acknowledge themselves separate from their environment, which is the source of all separation in the world. However, unless you define it, an algorithm sees the overall visual picture. Hence it is capable of generating imagery in which elements transition into and become each other, which would be impossible for a human imagination.”

For Beko, Demirdağ, Koepke and her Seyhan Lee team discovered that the company incorporates highly advanced technology and supply chain management in its factories around the world, but hasn’t talked about this much in its brand messaging. “They’re super forward-thinking internally, and they also wanted to be forward thinking externally, in the way they communicate with consumers,” Demirdağ notes. “Connections” not only represents a stylistic leap for the brand, she adds, but is also one of their first marketing projects that doesn’t feature any products.

Zeynep Yalım Uzun, chief marketing officer at Arçelik, says: “At Beko, sustainability is at the heart of our business. We wanted to create an impactful film that articulates our vision, whilst provoking thought and engagement. Our ambition was to create a piece of content that engages, encourages, and motivates people to join us on our sustainability journey.”

“All tools have their own strength, and in my opinion, the strength of AI Motion Pictures is its ability to visualize the fluid state of things,” says Koepke. To build the databases Seyhan Lee used in the making of “Connections,” the creative team generated tens of thousands of frames of objects like shells, leaves and others organic items, all done in the process building the foundation for what the AI program drew on as it created its own interpretation of scenes from nature. “As it becomes more and more prominent,” Koepke says of the technique, “storytellers and filmmakers will realize it’s a way to produce truly magical-looking pictures that no human can produce. For me, that’s exciting.”

Demirdağ believes the appetite for AI Motion Pictures will only grow. “Recent developments in the world of generative visuals, which is another term for AI art, have been impacting how we create and interact with imagery,” she says. “We’re becoming more used to seeing these things in the context of fine art or gallery installations. What we’re doing is taking the the visual experiences of generative art from its gallery context and extending it into the world of brand experiences, in the process bringing it to a much larger audience.”

Going forward, Demirdağ says, Seyhan Lee intends “to produce films that are culturally relevant and socially significant, while always producing content that resonates with au-diences regardless of genre.” It’s already contributed a short piece to the launch of a new quarterly magazine called MARVIN, from Marvin Scott Jarrett, the creator of RAY GUN and NYLON, and is working on a film for the Dutch documentary director Maartje Nevejan. The studio also plans to continue partnering with brands, ad agencies, independent production companies and media companies.

Assistant to the Directors: Lara Binnet