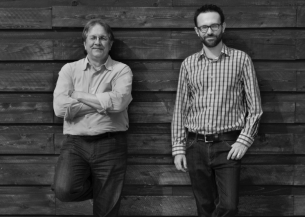 Creative studio RINGER has launched in Los Angeles, bringing together award-winning director and creative Rob Meltzer with longtime producer Sven Shelgren. Already, the shop has been awarded major campaigns for the likes of Coca-Cola, AT&T, the NBA, Bravo and Nickelodeon.

“We wanted to create a company that would have a nimble approach, so that we could mold our process to best suit the storytelling for the given project,” notes Meltzer.

The creative studio launches as the Meltzer-directed Dove Men+Care’s poignant spot “Calls for Dad,” which he directed prior to launching RINGER, has been slated for its first broadcast airing during Super Bowl XLIX. The spot struck a chord with viewers worldwide, having garnered 12 million YouTube views after its online launch on Father’s Day last year. The viral sensation also landed coverage on “The Today Show,” “The View,” Time.com and many other national news outlets, motivating Dove to make the broadcast debut for the online hit during the Super Bowl. In the few months since RINGER has opened its doors, Meltzer has directed a wide range of campaigns, including his adorable singing baby spot entitled “Baby Symphony” for Coca-Cola, Omaze and Bono’s AIDs charity RED, that was shot in 5 countries and has received 11 million YouTube views.

Meltzer’s diverse body of work includes emotionally powerful docu-style spots such as “Call for Dad,” comedy dialogue, visual storytelling and effects-driven work. Meltzer adds, “I love moving between genres. It keeps you sharp. And I’m always taking what I learn from one type of project and bringing it to another.”

In addition to his commercial work, Meltzer is one of the most sought after promo directors in the broadcast industry, directing campaigns for nearly every network, for hit shows such as “Curb Your Enthusiasm,” “Conan” and “The Big Bang Theory.” Meltzer has been the director of Bravo’s yearly “Summer by Bravo” branding campaign since its inception five years ago. The campaign, which features epic visuals of Bravo stars in situations such as a Bravo-themed summer camp, a Bravo-shaped desert island and a Bravo-ized circus, has earned five PromaxBDA Gold awards.