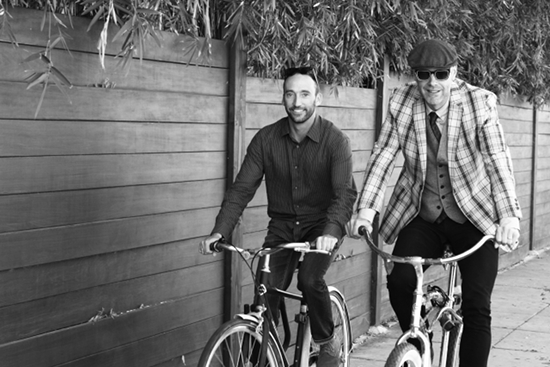 Digital agency veteran Brendan Kiernan and seasoned film/commercial producer Justin Moore-Lewy have assembled a roster of groundbreaking directors, content creators and production designers for experiential projects to launch Venice, CA/NYC-based production hub, HēLō (pronounced Hee-low.) A nimble, cross-platform creative production company focused on storytelling for integrated entertainment and advertising, HēLō is currently in production on Beyond the Brick, the first feature-length “brickumentary” about the global culture surrounding LEGO® with Academy Award-winning director Daniel Junge (Saving Face) and Academy Award-nominated director Kief Davidson (Open Heart).  The film, which is slated for theatrical release in early 2014, tells the International story of how the world’s most popular toy became a global phenomenon for children and adults, which the HēLō team captures through the colorful lens of culture, art and education.

Notes Kiernan, “Great stories are still the heart of advertising and entertainment, but the opportunities for expressing those stories and distributing them—be it experientially or through branded content—have evolved enormously. HēLō was founded on embracing this evolution and working with some of the most effective and innovative storytellers in the business across platforms to deliver extraordinary work.”

Tara Averill and John Robertson of RepresentationCo, whose current roster consists of an “A list” lineup of directors, editors and composers for commercial advertising and branded entertainment, will represent HēLō for east coast sales.