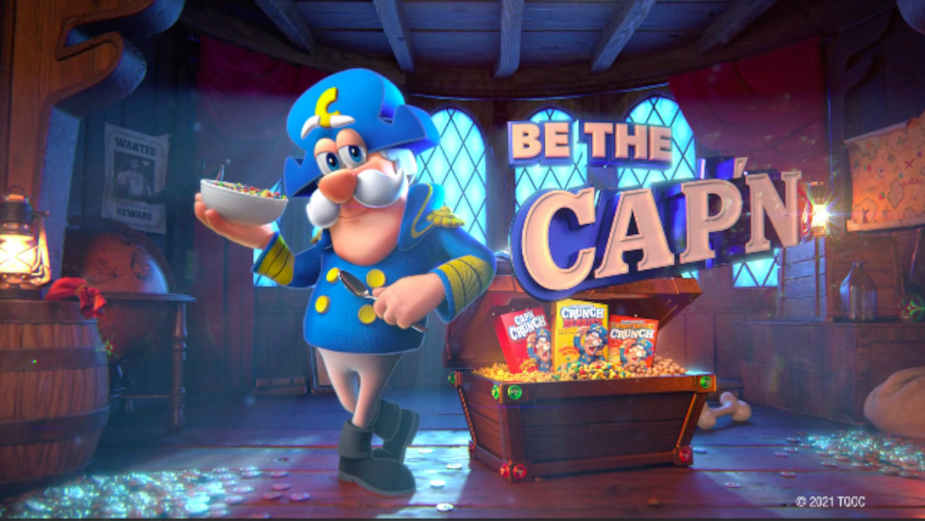 Since the launch of the delectable sweet breakfast cereal nearly 60 years ago, the energetic adventurer who serves as the face of Cap’n Crunch has won over the hearts and taste buds of breakfast lovers young and old. While the sweet flavour and delightful crunch of the cereal has satisfied both college students in the dining hall and moms for decades, the Cap’n, like many of us, was ready for a glow up coming into 2021.

Always down for a makeover, creative studio ATKPLN was tapped to elevate the beloved Cap’n with a fresh look. Given most audiences are binging content on at least one of their devices for a majority of the day, everyone is a “tastemaker” and has an eye for entertainment value like never before. ATKPLN executive creative director Daniel DelPurgatorio wanted the Cap’n to feel as though he had just stepped off the cereal box and into blockbuster film, an evolved 3D version of the character behind the crunchy breakfast goodness.

Balancing the nostalgia of adults who grew up devouring the back of the box content as much as the cereal with the style and swagger needed to make new cereal lovers do a double-take was a delicate dance for the ATKPLN team. They paid careful attention to ensuring the core DNA of the character design remained intact while still bringing in modern design elements and #vibes. This refreshed look for the Cap’n will be distilled across all of the brand’s visuals, including broadcast and social media assets, which means he’ll be as omnipresent as Santa.

Notes DelPurgatorio: “The Cap’n was a little hesitant about the new look at first, but once he got verified on socials, he was amped.”