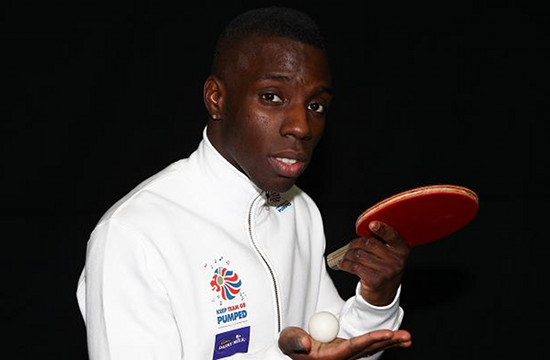 Creative Social, a collective of the world's most pioneering, interactive creative directors and business owners, is to host its first ever celebration of all things ping pong at the Brick Lane offices of global marketing and technology agency LBi.

Pongathon, the UK’s leading ping pong events brand, will be supplying ping pong bats and tables and putting on a bevy of ping pong related shenanigans throughout the evening, with activities including the Pongbot Challenge, Sofa-Pong, Blindfold-Pong, Round-The Table and even Under-The-Table Pong.

Adidas has donated a full size ping pong table and bats for the tournament, and welcome drinks have been provided courtesy of Jeremiah Weed. There will also be music from a handpicked selection of DJs, some crazy visuals and a bar in LBi’s fabulous basement space. Other partners include Cheil Worldwide, Start JudgeJill and School of Communication Arts 2.0.

Agencies can register up to four teams of two players each for the tournament. Entry costs £30 per team (with some Early Bird tickets at a special price of £25) and tickets are available on on Eventbrite. Teams will be randomly selected and put into groups which will then play in a round robin format (Champions League style). Winners of each group will then graduate into a straight knockout competition to determine who will be crowned the Creative Social King Pong Champions 2013.

Participants are invited to dress in their team colours and best retro sportswear, and there will be prizes for the most outrageously dressed teams on the night.

In the run up to the event, teams will be given their own tournament page which they can use to get their social spheres involved and drum up some support ahead of the big night.

Those who don’t want to join a team are encouraged to come along to cheer participants on or simply to join in with all the other ping pong related fun. Single tickets are available for £10 (or £6 for Early Bird tickets) on the event’s Eventbrite page.

All profits from the tournament will go to NABS, the advertising industry’s charity.

Elle Whiteley, Events Manager at Creative Social commented: “Our first Pongathon is guaranteed to be an evening of crazy bat and ball innovation, with more fun than you can shake a paddle at, but above all it’s an opportunity to socialise and raise money for NABS, our charity of choice”.

Simon Gill, Executive Creative Director at LBi commented: “Here at LBi we’ve got a surprising amount of quality ping pong talent, so we’re excited to host the Creative Social Pongathon. Not only is it a great way to raise funds for our industry charity NABS, but it’s also a chance to get the agency community together for some good old physical competition. Come on!”

Daniele Fiandaca, Head of Innovation at Cheil Worldwide commented: “It’s refreshing to be able to champion an industry event where fun and games are the focus. The fact that it’s to raise funds for NABS, a charity that does an enormous amount of good work for people in our industry, makes the Pongathon a triple whammy.”