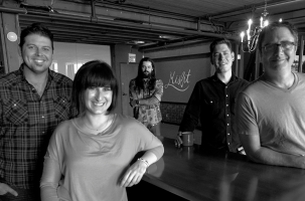 First time’s a charm for one-stop post shop Misfit, which won the coveted “Best In San Francisco” distinction at this year’s  AICE Awards.

Misfit, founded in 2014, secured all three spots on AICE’s Best of San Francisco finalist list. Among the other two spots was one from Doug Cox and Misfit Editor Matt O’Donnell, who received an AICE nomination for Flipboard’s “My Magazine: Steve Hawk”. Cox is a nine-time nominee who previously won AICE Awards for his work with Old Navy (“Best of San Francisco” 2012) and Levi’s (Fashion/Beauty 2014).

O’Donnell and Cox celebrate the win alongside Executive Producer Jim Vaughan, who joined the team in October and has since brought his agency-vet status to Misfit’s growing table of clients and award-winning work.