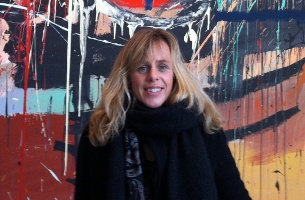 As agencies seek to change their diversity story, Creative Equals believes recruiters have a key role to play in creating lasting change. To do this, the organisation has officially launched ‘Creative Equals Certified’, a seven-point charter for the recruitment industry.

“It’s not just about a ‘pledge’ to a charter,” says founder and CEO Ali Hanan. “It’s about shifting behaviour with diversity training for recruiters, covering ‘affinity bias’ (where people tend to choose people who reflect themselves), and ‘unconscious bias’ (where we make fast-track decision on people based on our previous experiences).”

Recruiters will default to putting forward people who may reflect their own view of the world, so they need to consciously consider who they’re putting forward and why – and then challenge themselves to put forward diverse candidates.

When recruiters are ‘certified’, agencies will know these recruiters are committed to diversity, dovetailing with an agency’s ‘Diversity and Inclusion agenda’.

“For agencies looking to hire diverse, this certification will become the benchmark” says Hanan, “we will continually provide training throughout the year for new employees.”

So far, three recruitment agencies have signed up, including Major Players, Apple & Ink and The Industry Club.

The seven points of the charter include:

1. Hiring women, especially those from diverse backgrounds based on ‘potential’

“With so few people from diverse backgrounds in senior positions, the hiring pool is limited. We will continue to hire the same types of people unless we look at CVs in a different way, particularly with gender. We ask companies to consider hiring from ‘one-rung down’, then training employees on the job.”

2. Making sure there are at least one in three diverse CVs in each list:

“Many of our agencies still receive all-male, all-white applicant lists. This  is no longer acceptable in today’s job market. While companies will hire who is right for their team, without a diverse long list or the ‘Rooney Rule’ in place, they will continue to hire the same type of people.”

4. Gender neutral briefs with diverse teams on any client:

“Many women are put on the ‘female brands’ – they become become pigeon-holed and as such, they gain a ‘pink portfolio’. This then has biases against it -we ask for anyone to work on any brief.’

“We know Mother’s (and Father’s) find it very hard to come back to the job market after a career break. They face ‘maternal bias’, where employees assume they’re less committed to their jobs after their extended break. We ask recruiters to proactively help returning parents to negotiate flexible working hours, video interview candidates (as many face childcare commitments) and work proactively to bring this group of talent back into workplaces; to see  their break as a ‘life experience bonus’ rather than a career set-back’.

“There is a gender pay gap in the industry of about 18-20%. We ask all our recruiters to negotiate fairly in a bid to close the pay gap. We know women don’t move up the pay scales in the same way as their male counterparts, and we believe recruiters can actively play a part in ensuring candidates pay progression is in line with industry standards.”

“Lastly, if it ‘doesn’t get measured, it won’t get done’. We’re asking companies and recruiters to implement their own KPIs - based on lists, hires, timings and costs.”

“For now, this is ‘1.0’” says Hanan, “we know this will evolve and shape itself over the next few months, and will develop further through feedback we garner from the communities we work with.”