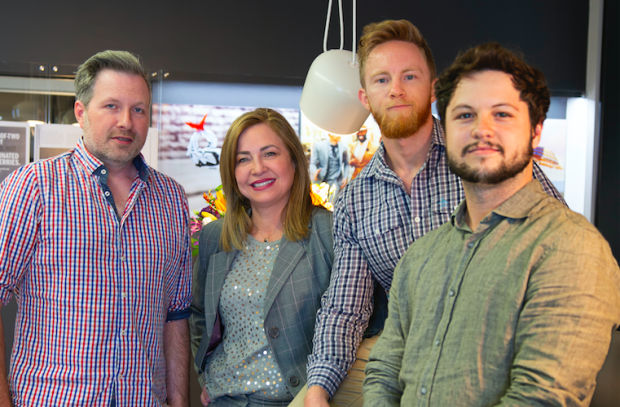 Formerly DDB Sydney, Guilherme and Alex have relocated to Melbourne for the chance to work alongside creative director, Andrew Woodhead and managing partner of strategy, Simon McCrudden.

As a creative duo, Alex and Guilherme have produced award winning work celebrated by Cannes, One Show, D&AD, Clio’s and Webby. At DDB Sydney, they created the innovative PetMe Campaign for PetRescue Australia, the world’s first AI to understand dogs, as well one of McDonald’s most successful Monopoly campaigns in 2018.

Says Georgie Pownall, managing director, McCann Melbourne: “We’re determined to build the best creative agency possible and having Alex and Machado make the move from Sydney to Melbourne to join us is exciting.

“They’ve built up some extensive experience and wins in financial services, travel and tourism, FMCG and retail. I’m excited we get to build on Woody’s talent and bring in the best possible creative minds. Importantly, they are also genuinely great humans, and a great addition to the creative, inclusive and collaborative culture we are building agency-wide.”

Guilherme, who started his career in Brazil with more than 30 awards under his belt, including a Young Gun and Young Lions Brazil shortlist, has a plethora of brands he has worked across including, Visa, Virgin Australia, Dominos, McDonalds, Coca-Cola, Tim Mobile, Brazilian Symphony Orchestra and Westpac.

Says Guilherme: “McCann represents pretty much everything I believe in advertising: creating ideas that truly impact people, change perceptions and affect culture. This, along with the chance to work with Pat and Woody made it an easy decision to make the move.”

Alex, who started his career at BBDO Proximity Canada in 2010, has previously won gold at the Young Lions event in Cannes 2011 which promoted a move to JWT in New York, providing extensive experience working across global markets. He has worked across a number of international brands including Air Canada, Virgin Australia, Macy’s, McDonalds, Walmart, Tim Hortons, VW and Westpac.

Says Alex: “I’m thrilled to be joining the ranks of this globally legendary shop. But it’s not just McCann Melbourne’s reputation for creative excellence that brought me down from Sydney. I’m excited by the potential of the agency, you can feel something big is coming.”

Says Andrew Woodhead, creative director, McCann Melbourne: “I’m really looking forward to working with Alex and Gui. They bring with them a huge amount of talent and enthusiasm. I’m a big fan of their work and already know they’ll be a great cultural and creative fit.”