Creative Director Steve Harrison to Present Exclusive Masterclass Down Under 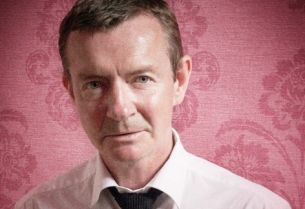 The Australasian Writers and Art Directors Association (AWARD) is launching a creative masterclass by Steve Harrison, an exclusive event to be held in three capital cities this March.

The one-day masterclass features two sessions where professionals will learn how to write copy that works – whether it be writing the all-important brief that leads to inspiring creative, an attention grabbing headline or copy that impacts, engages and motivates audiences.

Additionally, AWARD is running exclusive screenings of Harrison’s acclaimed documentary Changing The World Is The Only Fit Work For A Grown Man followed by a Q&A session with Steve Harrison in Melbourne (1st March) and Perth (7th March).

AWARD Chairman Wilf Sweetland said this is a rare opportunity for creative agencies and freelancers alike: “With an impressive career spanning more than 25 years, Steve is a creative guru and master copywriter like no other. We are excited and honoured to be partnering with him to deliver this exclusive event series in Australia.”

While running his agency, HTW, Harrison won more Cannes Lions in his discipline than any creative director in the world. Following his departure from agency life he went on to pen his first book How To Do Better Creative Work, which became the most expensive advertising book of all time when it traded on amazon.co.uk at £3,854 a copy.

In 2013, Harrison wrote the biography of the 1960s adman Howard Gossage, Changing The World Is The Only Fit Work Of A Grown Man – which, in 2015, was the basis for his feature documentary of the same name.

Gossage is often credited as the first adman to realise the potential of building PR and other media into his marketing plans, as well as inventing interactive advertising, community building and an early form of social media.