Creative Bangkok Cries Out For Innovation Over Imitation

Ever wanted to know how ‘Mr Condom’ made Thailand a better place? Or how Asia’s rising star Mohd Zhariff overcomes disability with originality? 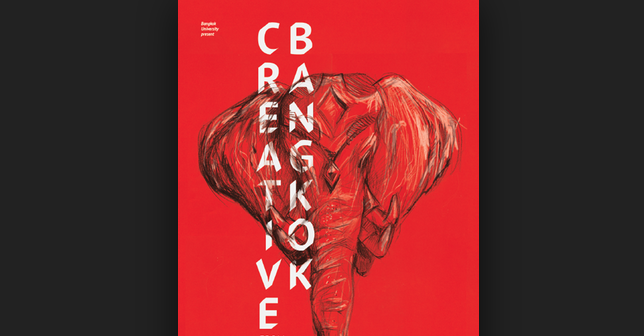 ...then Creative Bangkok 2016 is the event for you. Launching again in February next year, the first event took place in Bangkok during October 2014.

Organised by the Institute for Knowledge and Innovation at Bangkok University in partnership with HEC Montreal (Canada) and several other partners throughout the world, the six-day long creative workshop is designed to immerse and expose participants to different aspects of creativity that benefit from the various methods and techniques that stimulate the mind and generate collective innovation opportunities.

The program enables participants to learn a variety of techniques and approaches from different fields that will enable them to leap over their challenges. For example, what can an engineer learn from an artist, or a designer from a scientist? The idea is that all of the speakers hail from different fields; if participants can step outside their immediate comfort zone and frame of reference then their minds will overcome the boundaries that stunts their creative growth.

Renowned speakers from throughout Asia and beyond will share their vision and experience of creativity and entrepreneurship, with 50 innovation speakers being announced in the upcoming months. Brands expected to jump on board include Samsung, Cirque du Soleil, Nokia, Mircosoft, Google and LEGO.

Creative Bangkok founder Vincent Ribière, also the managing director and co-founder of the Institute for Knowledge and Innovation South East Asia, says some stand out speakers from the first event included Thailand’s Mechai Viravaidya who came up with a plan to tackle the aids epidemic in Thailand over 15 years ago, creating the infamous Condom Cabbage restaurants and bringing attention to the cause in the most innovative and talk-worthy way.

A former politician and activist in Thailand who promoted family planning and aids awareness since the 1970s, Viravaidya is affectionately known as "Mr. Condom". Since the time that he began his work, the average number of children in Thai families has decreased from 7 to 1.5 children.

A drawcard speaker for the upcoming event is Kuala Lumpur’s Mohd Zhariff Afandi, who set up the Zhariff Initiative, a company that facilitates community development projects that involve youth.

Having no arms hasn’t stopped the 34-year-old from setting up his own company and heading several other community initiatives. It was his tenacity to overcome the odds which got him selected as one of the 14 Youth Icons in an initiative by the Youth and Sports Ministry, as announced by Prime Minister Datuk Seri Najib Tun on National Youth Day. His own creativity also saw him setting up Rockcorps Malaysia, the local chapter of an international “pro-social production company” which uses music to inspire youth into volunteerism. Encouraging youths to give four hours of volunteer work to earn one concert ticket, the work ranges from clean-ups to tree planting or visiting an orphanage.

Creative Bangkok’s Ribière says some of the challenges that lie ahead for Thailand’s creative innovators of the future with the concept of ‘imitation over innovation’.

“Organisations in Thailand have a tendency to imitate and copy what other countries are doing,” he said. “This means they are not really leaders and are just following by adapting – too much copy and paste.”

He says common feedback he receives is that companies and brands don’t believe they have the in-house capacity to be creative.

“With our workshop, we want to reinforce that there are lots of everyday opportunities out there to be a creative leader and to not just reply on being adaptive.”

Another issue high on the agenda for Bangkok's business community is the increased competition that will be brought about with the arrival of the ACE/ASEAN Economic Community’s goal of regional economic integration by 2015 – creating an even bigger need to differentiate and innovate.

“By the end of 2015, we will see the beginning of ASEAN, where ten countries in South East Asia will band together to loosen their barriers when it comes to their labour force and flow of goods and services,” he explained. “Some countries have a big fear of this happening as competition will be a lot higher. For example, Singapore is a lot more advance than the Philippines, Indonesia, Cambodia or Vietnam, in terms of market development.”

However, Ribière admits if the government can execute it well – to see these ten countries fully unite to work together harmoniously, then the SE Asian region will become a very powerful creative machine that houses a lot more diversity than its powerful western counterparts, the United States and the European Union.