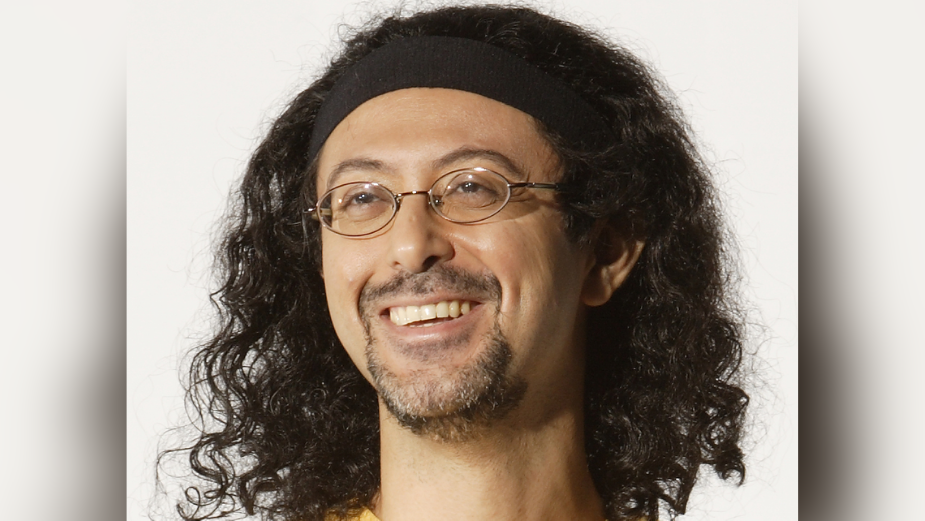 Before ‘The X Factor’ became the name of a TV show, it was a term used to describe what ad agencies added to brands. The raison d’être of any self-respecting creative agency is to come up with the most inspiring creative ideas. Ideas that can make a brand’s sales graph look like Everest. And bring more magic dust to the show than a Disneyland parade.

Needless to say, coming up with a great creative idea isn’t easy. It’s like finding a rose in the desert. But when you are a creative ad agency, you can’t leave the blooming of a desert rose to chance. You need to create an oasis in which they can flower regularly.

In my experience of leading creative departments for 15 years, I have found these eight guiding lights helpful in creating a creative culture.

Creativity is highly subjective. It’s not like sports, where if you breast the tape ahead of the rest you are clearly the winner.

So, first and foremost, you have to create an atmosphere where everyone feels free to express their idea without the fear of being run down. Some ideas may be right, but no idea is ever wrong.

This approach emboldens people to think laterally rather than literally. Many agencies create cultures where they encourage literal thinking. This is the very antithesis of what a creative department is supposed to do. And about as useful as a water-resistant tea bag.

I find it is better to let creative minds wander free. It is the job of an experienced creative leader to then skilfully mould the better ideas into the right ones.

Non-judgemental environments can lead to what may sound like crazy ideas. Like getting Burger King customers to go to McDonald’s first in order to get a cheap BK burger. Illogical, yes. But that’s what works sometimes. Every advertiser tells you to come to their store. But it cuts through the clutter and catches the audience’s attention when you do the opposite.

A diverse pool of talent can give you different solutions. This is because people have different experiences and passions. And when they bring these to a creative challenge the results can be fresh and surprising.

Take the example of one of the greatest rock bands of all time, Queen. Each of the band members came from a totally different background. Freddie Mercury had a degree in graphic design and illustration. Brian May had a degree in physics and had done graduate work in astronomy. Roger Taylor had a degree in biology. And John Deacon had a first-class honours degree in electronics. They came together and made some of the most memorable hits of all time. (Ok, you can now clap your hands to the beat of Radio Ga Ga.)

Now imagine a creative department, with good gender diversity. A place where people come from different backgrounds and have a multitude of different passions and experiences. There are so many different perspectives through which a client’s business challenge can be approached and solved. This rich diversity can only make the creative output fresher. A good case in point is this Nike film for Shade running. A runner’s experience helped come up with an original idea that clearly isn’t run-of-the-mill.

Everyone in the creative department must believe that only the best creative idea will be chosen. Nothing else matters. There are no sacred cows. Designations don’t matter. An intern can have a better idea than a creative director. In fact, I welcome great ideas from anywhere. A media person can have a better idea and so can an account management person. Meritocracy spurs better ideas. People push themselves harder because they believe they have a chance to get the recognition they deserve. And when they know their leader is open to ideas from anywhere, including other departments, it keeps the long-haired creative cadres on their toes.

Humans are creatures of habit. And even the creative types have comfort zones. We think the way we always think. And that’s good to a certain extent, because each of us is unique. But it also means that we stop growing. This is creative death and career-threatening for a creative person. If you don’t constantly push yourself to think in a different way, very soon all your portfolio begins to look the same. And so does the agency’s work. So, the creative leader needs to know each individual’s strengths, harness them and then push them out of their comfort zone. This leads to fresh work that benefits both the agency’s portfolio as well as the individual’s book.

I call it the +1 technique. I always push each member of the creative department to come up with at least one idea on a brief that is out of the person’s comfort zone. It is also a good discipline to try and push for at least one creative idea that’s out of the comfort zone of a particular media. So if you push for trying to make a print ad unlike a print ad, you could be on to something big. Like this Ikea ad for pregnant mums carrying their little bundle of joy. It uses a special printing technique to turn what may have been a regular print ad into an interactive ad.

From Know-It-All to Learn-It-All

Satya Nadella said that when he took over the reins at Microsoft, he wanted to change the existing know-it-all mindset to a more curious mindset of learn-it-all. That’s a great approach. No one knows everything. Keeping that humility and believing that there is always something new one can learn adds new dimensions to creative folks. Advertising is one of the rare businesses in which not a single thing you have done in life, good or bad, is wasted. It can always form the basis of a creative idea. So, logically, the more you know and the more you do, the more chances you have to create fresh and exciting work.

Politics Is for Politicians

I always say that if you have time to play politics, you have time to make a better ad. And we all got into this business to create better work. So, in every creative department that I led, I made one point very clear at the outset. Anyone who tries to play politics will find himself or herself worse off than the rest. And since the whole point of trying to play politics is to get ahead of the rest, people see the red flag and don’t try any funny business. This keeps the focus on the work. And you need 100% focus if you are to create something attention-grabbing in a world full of wonderful ideas.

The creativity business can be gut-wrenching. When someone kills your idea, it is like someone lopped off a limb from your body and threw it to a pack of leering hyenas in the Serengeti. It is painful and it explains why creative people tend to be highly strung. But the creative department in an ad agency is a place for marathon runners, not sprinters. Resilience is key. Being a yo-yo is a good analogy for what’s needed to win. You will be knocked down countless times. But you just have to keep bouncing back every single time.

Many moons back I worked at Saatchi & Saatchi Singapore, when it was by far the most awarded creative agency in Asia. David Droga, who had led the creative department there before I joined, had dropped by one evening. I was invited to join his ex-colleagues for drinks. At the end of the evening when I shook hands with David to say goodbye, he said three words that have left an indelible mark on me: 'Make it happen'.

Often, the difference between a successful creative person and one who isn’t as successful is the dogged determination to make the idea happen. Do what’s needed to make your ideas happen. Polish your presentation skills to articulate your ideas convincingly to a client. Hone your charm skills to persuade the perfect film director or photographer to take on your project. If the money on the job isn’t what they normally get paid, try to convince them that this project would be amazing for their portfolio and earn them more money in the long run. Convince the account management person and the CEO that this idea will make the agency famous. There are so, so many things that can compromise a good idea and make it mediocre. Your job as a creative leader is to do all you can to 'make it happen'.

Attracting top creative talent is the lifeblood of a creative agency. And there are only two ways to attract them. Fame. Or fortune.

The best creative talent will always choose an agency with a strong creative culture that can make them famous. Because they know that when they achieve fame, fortune will always follow.